Draymond Green Thinks The Thunder Should Be Punished After Their 73-Point Beating From The Grizzlies, And He May Be Onto Something 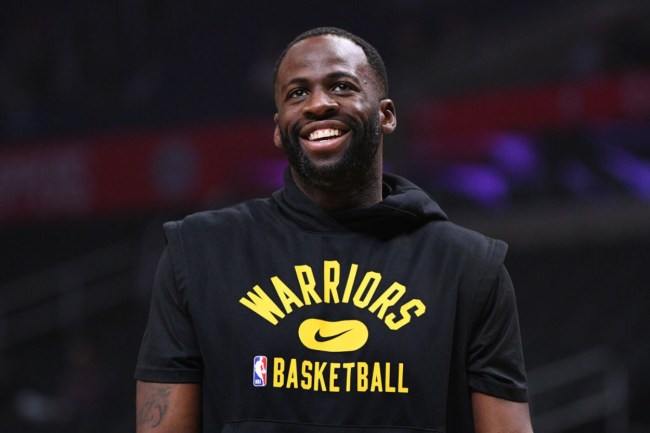 The Oklahoma City Thunder had a bad, bad night in Memphis on Thursday. OKC probably entered the game liking its chances against the Grizzlies with Ja Morant sidelined with an injury, but that was far from the case.

At halftime, the Grizzlies doubled up the Thunder 72-36. That’s not a typo, one NBA team was beating another NBA team at halftime by 36 points.

Things then got worse, a lot worse, for the Thunder. The Grizzlies went on to score a franchise-record 152 points and set an NBA record for the largest margin of victory in a single game with a 152-79 win.

There should never be a 73-point differential between two NBA teams, but we witnessed it Thursday night in Memphis.

The jokes about the Thunder’s abysmal loss were aplenty after the game, but Draymond Green may have had the best reaction of anyone.

The Warriors’ big man thinks OKC should be fined after its performance against the Grizz.

Green may be onto something here.

There are 20-point blowouts in the NBA essentially every night, but imagine if the league put a rule in that said if you lose by more than 25 points or so, your team gets hit with a fine. The mayhem toward the ends of blowout games would be electric, plus people may actually tune in to a blowout situation instead of changing the channel.