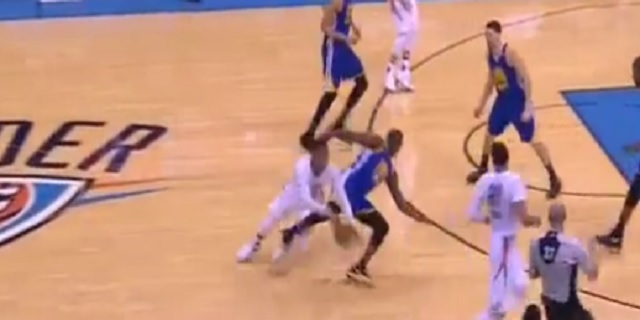 Draymond Green apparently is happy to insert himself in the Kevin Durant-Russell Westbrook beef.

In the first quarter, Draymond picked up a quick second foul after colliding with Westbrook on the court.

According to ESPN’s Chris Haynes Westbrook was complaining to the refs that Draymond had called him a pussy on the play.

Russell Westbrook was telling an official that Draymond Green called him a p—y after they collided. Green subs out after picking up two.

This rivalry is just heating up.