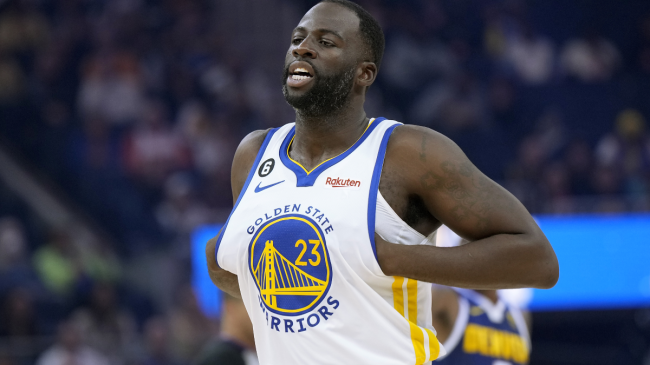 The Golden State Warriors, the defending NBA Champions, have had a less-than-ideal first half of their 2022-23 season.

As the All-Star game approaches — the general midway point of the NBA season — the Warriors find themselves as the #9 seed in the Western Conference and with a record below .500.

During a recent episode of his podcast, Draymond Green claimed that a lot of the Warriors’ “shortcomings are his fault” because he hasn’t been “a leader.” To his credit, Green didn’t beat around the bush and directly addressed his physical altercation with Jordan Poole prior to the season.

“I think a lot of our shortcomings this year is [sic] my fault. Why is it my fault? Because I have not been the leader that I am and that I need to be for this team,” Green said.

So far this season, the 32-year-old Green is averaging eight points, seven rebounds, and seven assists per game.

Despite their struggles so far this year, Green, Poole, Steph Curry, and the rest of the Golden State Warriors remain one of the betting favorites to win the NBA title this season. As things currently stand, The warriors have the third-best odds to win the NBA title (+800), behind only the Boston Celtics (+400) and Milwaukee Bucks (+550).

READ NEXT: The Golden State Warriors Debuted Championship Rings With So Many Diamonds It’s Hard To Keep Track