Draymond Green Responds To Reports That Claim He Got Punched By Tristan Thompson, Mocks Cavs Fans For Planning Parade For Thompson

Yesterday, gossip website Bossip reported that Tristan Thompson punched Draymond Green in the face at an ESPYS afterpary in LA.

The players got into a big fight earlier this month inside LA nightspot Delilah, multiple sources told BOSSIP. Both ballers were in the nightclub for a private party after the ESPY Awards July 18th, and we’re told that Thompson – dad of baby girl True with Khloe Kardashian – socked Green with a two-piece, getting the better of the NBA Champion.

And it was none other than their fellow teammates LeBron James and Kevin Durant then quickly stepped in to break up the fracas, we’re told. James apparently had enough and left the party shortly after the alleged incident.

Tonight, Green finally responded to the reports on Instagram and claims they are all false. Draymond also went on to mock Cavs fans for planning a parade to honor Thompson over the alleged incident between the two. 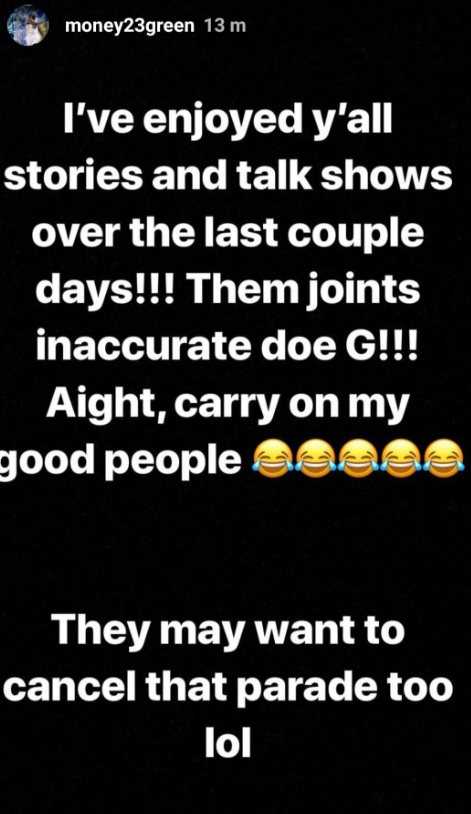 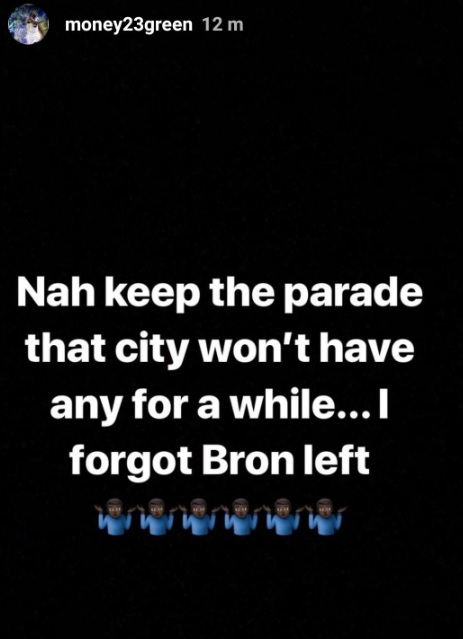 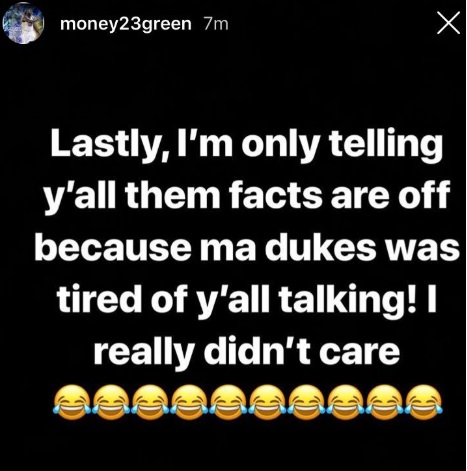