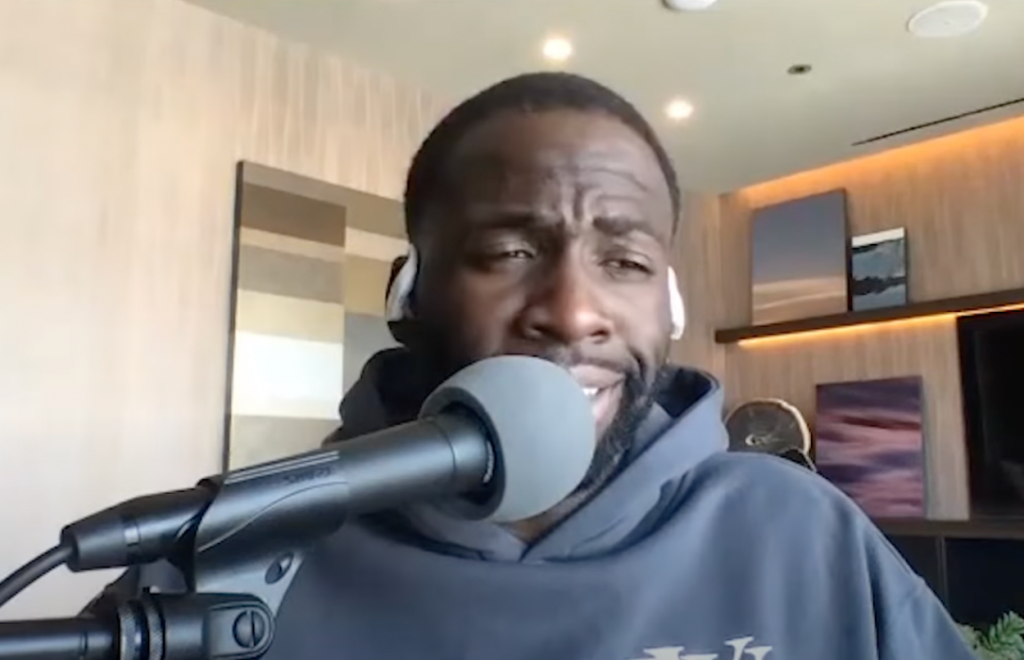 With just a few days left before the NBA Playoffs get started, Golden State Warriors power forward Draymond Green has released his list of who should win the league’s awards this season. He throws out some picks and defends his choices pretty hard.

All of the talk around the NBA’s MVP award has been between Joel Embiid, Nikola Jokic, and Giannis Antetoukounmpo. But Draymond Green believes another player is most-deserving of the MVP award and it’s not anyone on his team.

Interestingly, Draymond Green digs DEEP when discussing the Most Improved Player Award. The current favorite (-550) to win the Most Improved Player award is Ja Morant. According to the sportsbooks that race is basically Ja Morant and the rest of the field. But Draymond believes his teammates is the most deserving player. I’ve included the video below along with a transcript of what Draymond Green had to say.

Draymond Green: “Let’s talk about Jordan Poole for the Most Improved Player Award. The guy’s had 20 points in 20-something straight games, joining Kevin Durant and Steph Curry as the only Warriors to do that in the last 30 years if I’m not mistaken.

But due to injuries and a bunch of different things. Our rotation all over the place. Me coming back into the lineup. Steph Curry going out of the lineup. Blah blah blah. we had a tough month. that does not stop what he did and how much he has improved. So I would love to know who the voters could possibly think deserves it over him [Jordan Poole].

Because looking at his entire body of work he had one little stretch in the season where Klay came back and he was moved to the bench and he kind of had to figure that role out. [He] had a few bad games. But for the most part of the season, he’s been doing exactly what he’s doing now, on a playoff team, one of the top playoff teams. I think Jordan Poole has to be at the top of that conversation for Most Improved Player.”

Draymond Names His Pick For MVP

Draymond Green: “MVP? My MVP is Devin Booker. I think Book has been consistent all year. I think with as good as their team has been. Again we go back to the conversation that there’s no criteria (for the award).

Some years it is the best player on the best team, some years it’s Russell Westbrook (with) a team’s in 6th place and he won. Don’t get me wrong, he deserved to win. But we just all wonder what’s the criteria?

And so, for me, for my criteria? Devin Booker is the MVP of the NBA with as consistent as he’s been. He’s faced injuries. He’s come back and hasn’t missed a beat. Their team has continued to win. They’re leading the NBA in first place by a long shot. Gotta go with Devin Booker as my MVP.”

Draymond picks Ime Udoka of the Boston Celtics to win Coach of the Year as well as going back and forth between Robert Williams and Marcus Smart for Defensive Player of the Year. Check it out:

Make sure to hit that ‘play’ button on the video above to check out his picks!