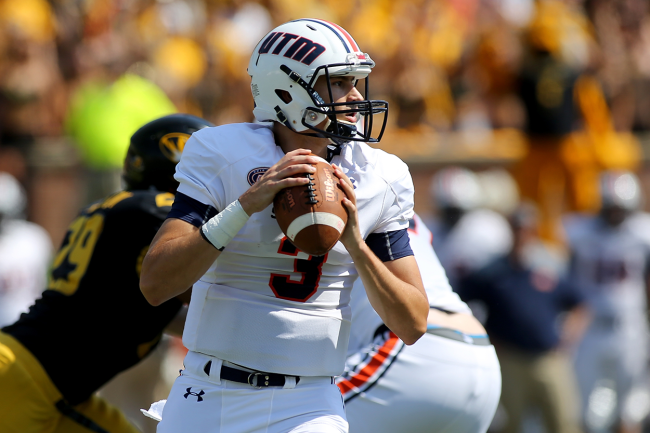 Name, Image and Likeness has made its way into the political sphere. On Monday afternoon, University of Tennessee at Martin quarterback Dresser Winn announced that he has partnered with a local representative for the most politically-charged NIL deal to date. Literally.

Winn, a three-star recruit out of high school, has an opportunity to earn the starting job for the SkyHawks this fall as a graduate student with the program. He has attempted 142 passes in 21 games over the course of his first five years and is in line to be named the starter with a strong camp.

Whether he starts under center this fall or not, he is cashing-in on his own platform and using it to endorse another.

University of Tennessee at Martin quarterback Dresser Winn has signed a deal for his Name, Image and Likeness with Colin Johnson.

Johnson is a local politician running for District Attorney General in the 27th Judicial District of Tennessee. Although the terms of the deal are undisclosed, it is believed to be the first of its kind.

While hosting a youth football camp over the weekend, Winn wore a shirt supporting Johnson’s campaign. In addition, he will be a part of the candidate’s ad campaign by posting on social media.

Thank you to life-long supporter, and candidate for District Attorney General for the 27th Judicial District of Tennessee, Colin Johnson, for coming to my camp this weekend!

Elections are in August, so make sure you are registered to vote!#Vote #CJforDA #SponCon #endorsement pic.twitter.com/z44B1Sv9xU

Winn said that Johnson is a lifelong friend who supported him throughout his childhood and young adulthood. He was a supporter prior to the NIL deal, so this is not a situation of a candidate buying supporters. Rather, Winn found it to be a no-brainer to support Johnson’s campaign and to encourage his followers to register to vote.

It is certainly a unique way to take advantage of NIL opportunities. And ultimately, this is what NIL was intended for in the first place and you have to admire Winn for his creativity.