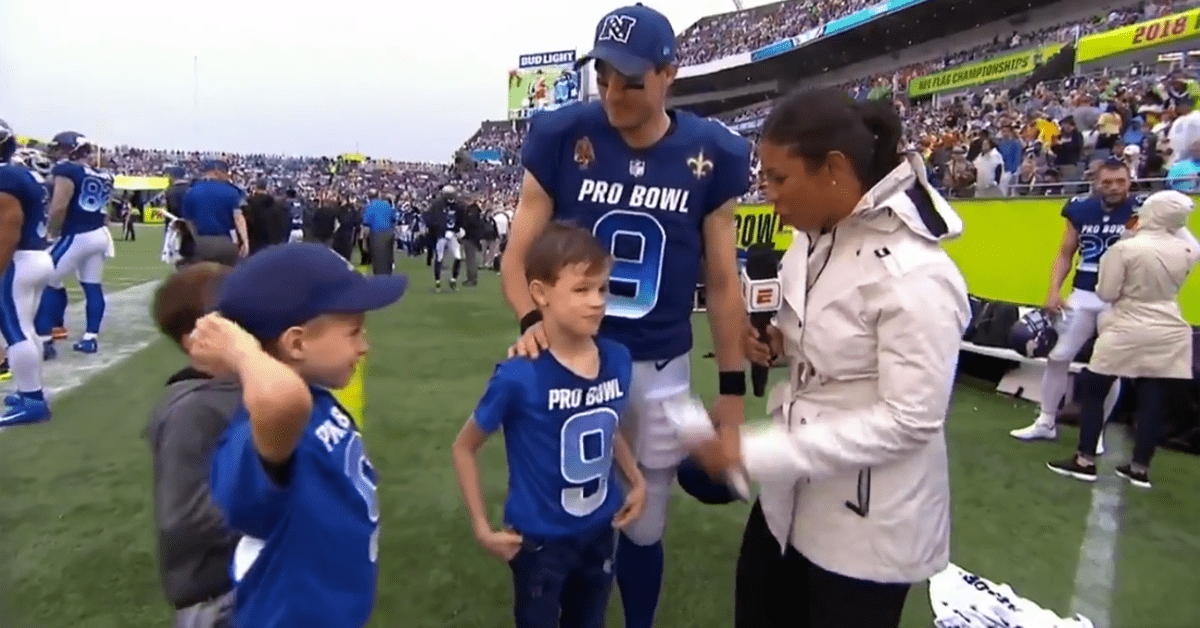 New Orleans Saints quarterback, Drew Brees made Sunday’s Pro Bowl a family affair on the NFC sideline. In fact, the Brees family did about 200% more tackling than any NFL player did on the same field.

While a reporter was asking Brees some questions, his sons Baylen, Bowen, and Callen were raising hell and up to all kinds of shenanigans. It gets damn near SmackDown level towards the end.

Check out game’s official ball boys throw down on each other:

The Brees Boys stealing the show on the #ProBowl sidelines. 😂

Of course, it lead to some Dad-duty disciplining.

Aaand @drewbrees calls a timeout on his kids 😂 pic.twitter.com/Xry0HOeVhk

Drew Brees' kids went at it on the sideline and then they got a talking to from Dad 😂 pic.twitter.com/PSylkNIeTB

I mean, it’s the Pro Bowl so it means less than nothing but I just don’t know if kids need to be on any sideline. If I’m a wide receiver and I just dropped an open pass, I need to be able to go to the sideline and curse away my disappointment – with many, many expletives. The last thing I need is some tiny kids fighting and rolling onto the field.

Then again, it is the Pro Bowl and it’s useless. I’m sure the dozens of TV viewers got a kick out of the Brees’ boys brawling on the sideline.