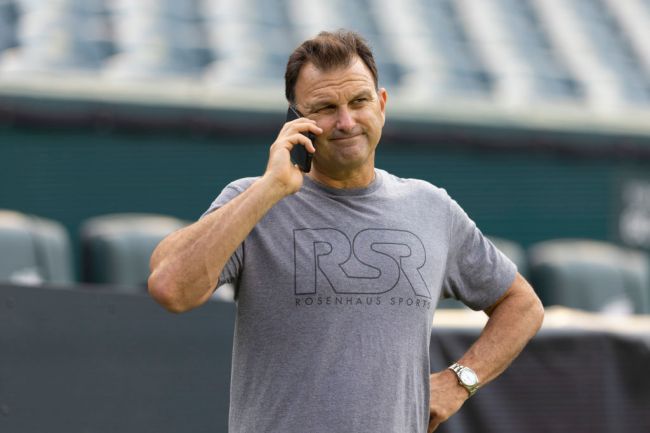 This NFL offseason has already been one of the craziest the league has ever seen. Tom Brady retired. Tom Brady unretired. Russell Wilson, Deshaun Watson, Carson Wentz, Davante Adams, Tyreek Hill, and Robert Woods have all been traded. Chandler Jones, Juju Smith-Schuster, JC Jackson, and Allen Robinson have all found new teams in free agency.

It feels like there is no way this offseason can get any crazier in the NFL, but that may not actually be the case. According to Drew Rosenhaus, one of the league’s biggest agents, there is still more to come.

Drew Rosenhaus says there will “absolutely” be more bombshell moves, trades this offseason. 👀

It’s hard to picture where else more bombshell trades could be found in the NFL, but there are at least a few possibilities that stand out. The most obvious is a Baker Mayfield trade. We all know that the Browns need to trade him this offseason, but maybe the trade destination will be a surprise.

Then there’s somebody I talked about yesterday. Stefon Diggs wants a new contract, but the Bills don’t seem intent on giving it to him and the cap hits on Josh Allen and Von Miller grow next season. After Davante Adams and Tyreek Hill were already traded this offseason, a Stefon Diggs trade doesn’t seem so outlandish.

There is also still the possibility of Jimmy Garoppolo being traded, even though those rumors have died down recently with most teams filling their need at quarterback.

There had been rumors about the Panthers looking into a Christian McCaffrey trade earlier in the offseason, but there hasn’t seemed to be much movement on that recently either.

Whatever these remaining blockbusters are, they’ll have to be pretty wild to top what we’ve already seen this NFL offseason.