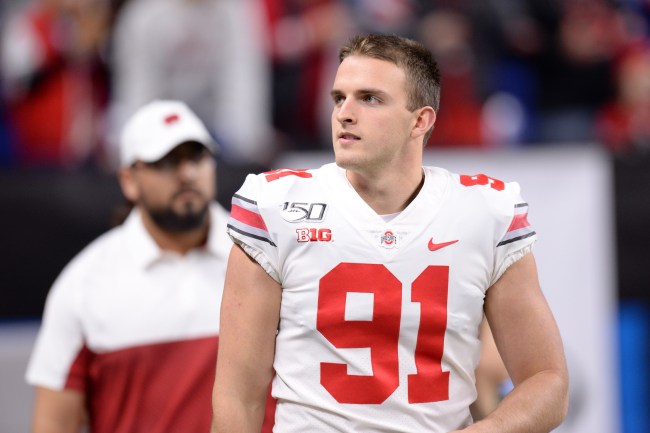 Drue Chrisman is one of the best punters in college football, as the Ohio State Buckeyes player was formerly a U.S. Army All-American coming out of high school as the No. 1 prospect in the nation at his position, and has been a semifinalist for the Ray Guy Award — presented to college football’s most outstanding punter — in two of the three seasons in Columbus. That’s all awesome stuff, but none of it is nearly as impressive (or as impactful) as what Chrisman did to help those affected by the Australia wildfires.

Teaming up with the World Wildlife Fund’s Australia bushfire relief efforts, the Ohio State player utilized a rare talent of his to raise a tremendous amount of money — bottle-flipping. That’s right, in addition to being a badass at punting a football, Drue Chrisman can bottle flip better than anyone else on the planet; which is now documented thanks to him setting the world record in bottle-flipping on a live YouTube stream for 24 consecutive hours. His efforts raised $14,000 to Australia wildfire relief.

It’s over… after 24 hours we raised over $14,000 for @WWF and set a world record! Thank you to everyone who tuned in and donated. It was one of the most mentally draining experiences I’ve had but totally worth it. Time for a hot shower and a long nap😴 #DollahForKoala pic.twitter.com/IZW9QxhteM

First off, who knew that there was even such a thing as being a world record holder in bottle-flipping? I mean, it’s an absurd skill to have in the first place. Second, the fact that Drue Chrisman even thought this up and wanted to utilize his talents to help those impacted in Australia is F’in awesome, let alone getting people to donate money as they watched him achieve the record.

For those who think they have what it takes to try and conquer Chrisman’s new bottle-flipping world record, just take a look at the video below from a couple of years ago at some of the insane things the kid can do with a plastic water bottle in his hands. Good luck trying to master that.

There are plenty of interesting ways people are trying to help those affected by the Australia wildfires, but Drue Chrisman’s might be the most unique — and his efforts should be applauded.