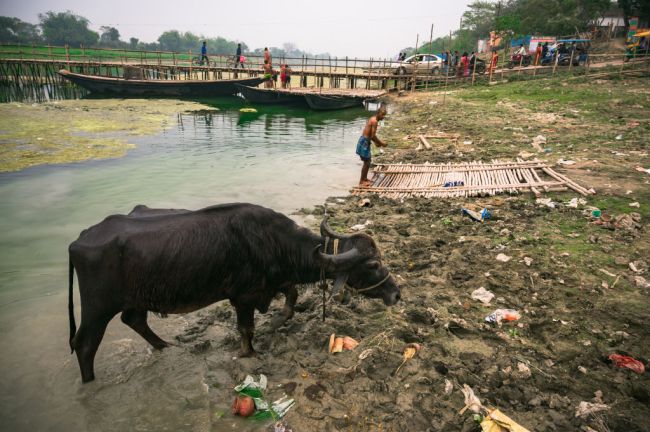 Three Indian farmers have been arrested for selling illegal alcohol in the Indian state of Gujarat, the Times of India reported. They were only caught after their buffalos got drunk and a veterinarian told police.

Buffaloes are common animals in India. They are used in the fields and for milk, food and transport, as was the case in Gujarat.

It all started when one of the farmers noticed that the buffalos were acting strange. They stopped eating and were frothing from the mouth.

Concerned, the farmer called a veterinarian to make sure his animals were okay. The vet took a look and said that the buffaloes were fine.

However, the next day, the buffaloes continued to froth and started jumping around with rhyme or reason. The farmers called another vet for a second opinion.

Upon arrival, the second vet picked up on a strange smell coming from the buffalo trough and noticed a yellow tint to the water inside. The farmers told him that the color was from branches falling into the water, but their cover was blown.

After leaving the stable, the second veterinarian snitched and reported the farmers to local authorities.

When the police raided the stable the next day, they found 101 bottles of illegal vodka, whiskey and liquor worth around $430. The bottles were hidden in the trough and some had broken, spilling alcohol into the buffaloes’ water.

Thus, the strange behavior was because the buffaloes were sloshed.

All three farmers were taken into custody and will face hefty fines and potential prison time. All because of a loose-lipped veterinarian and some liquor-laced H20.