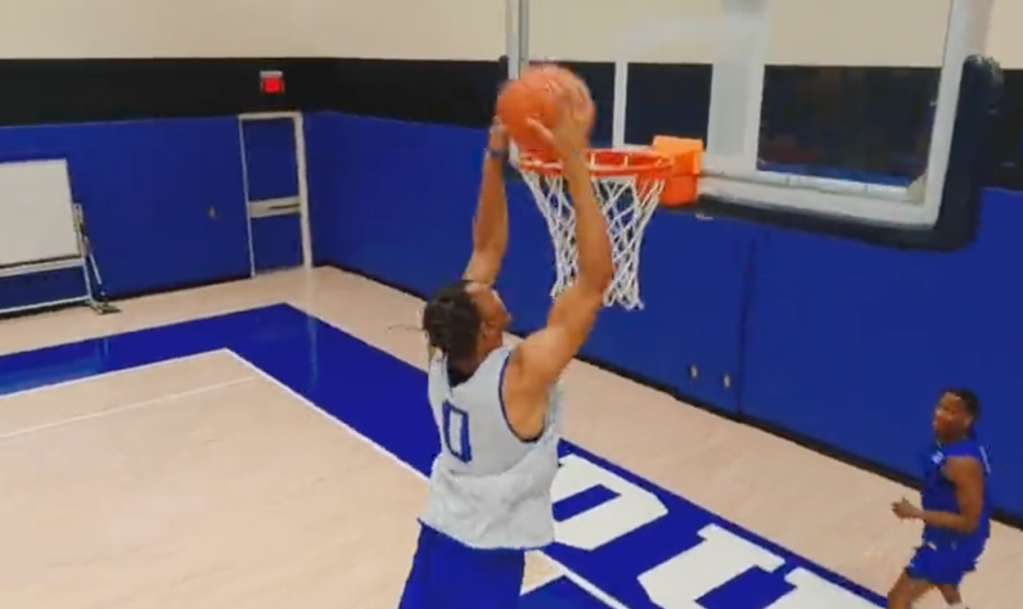 The Duke Blue Devils are currently the favorites to win the National Championship. The fact that this is Coach K’s last dance and he’s on the cusp of winning a sixth Natty has driven a lot of college basketball fans mad. Hopefully, this video uploaded by Duke Basketball will make them forget how much they hate the Blue Devils for a few short seconds.

This drone footage is so good it already deserves an Oscar. It’s a 38-second clip filmed in one shot as the Duke Basketball team wrapped up their final practice in Durham before heading to New Orleans for the Final Four.

Part of me thinks this is just a massive flex so recruits can see the kind of toys Duke Basketball has to play with in practice. And taking that a bit further, this is definitely the most in-depth behind-the-scenes look at the Duke Basketball facilities I’ve ever seen outside of a game broadcast.

This video of the Blue Devils’ last practice before the Final Four was almost certainly inspired by this viral drone video from a while back titled ‘right up our alley’. It’s a single-shot drone video from a bowling alley that kind of changed the game.

After that video, the Dallas Cowboys and Hard Knocks got wise to how awesome drone footage could be and dropped this clip:

And now we’ve arrived at this glorious Duke Basketball footage. Let’s take a look at what everyone is saying about it on Twitter so far…

I can’t handle a drop like this, it’s only Tuesday my heart going to explode by Saturday!

To echo that tweet above, it’s going to be a LONG WEEK for Coach K and Duke Basketball as they wait for their rematch against archrival UNC. This will be one of the most-watched College Basketball games in history. So I’ll kick it out to you guys, any predictions on who will win? Let us know on Twitter.