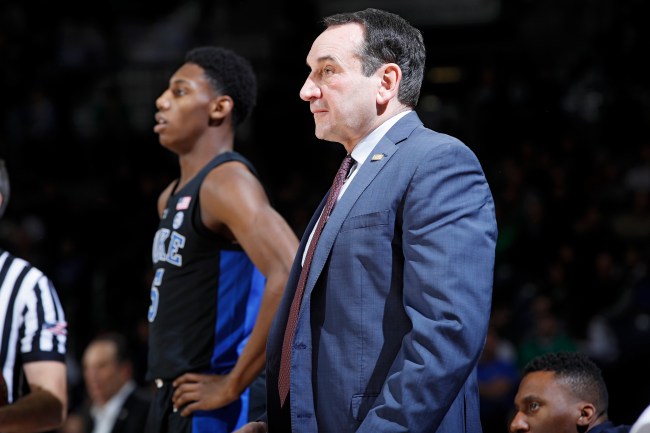 No. 1 overall seed Duke advanced to the Sweet 16 after surviving an incredible upset bid by No. 9 seed UCF, 77-76. In the final play of the game UCF was somehow unable to get the ball in the basket despite several near misses.

While speaking to Tracy Wolfon Coach K seemed stunned that Duke actually survived and expressed his sympathies towards UCF players and coaches.

"RJ and Zion willed us. We were lucky."

It sounds like even Coach K can't believe Duke is moving on.pic.twitter.com/Idd0HDwgL9