Duke Interested In Jason Garrett As Their Next Head Football Coach 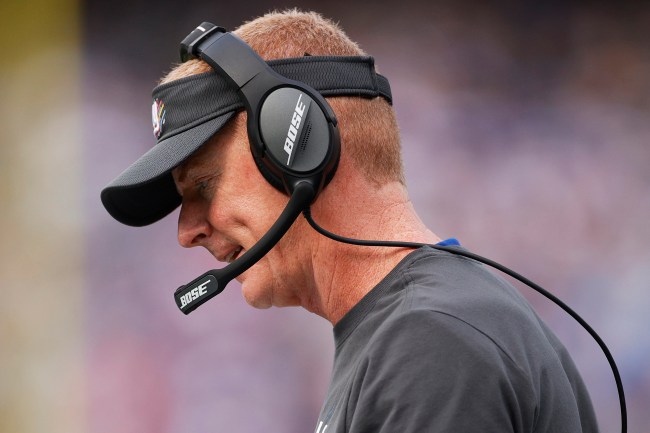 Sometimes you just have to fail upwards. If you’re Jason Garrett, then that’s really the only option you have right now. For some reason that us mere mortals can’t possibly comprehend, another organization is interested in giving Jason Garret a chance to be their head coach.

That organization is Duke University. They currently find themselves on the search for a head football coach after parting ways with David Cutcliffe.

Failure is really the only word that can be used to describe Garrett’s time with the New York Giants. The offense that he was brought in to coordinate was an absolute disaster and ranked amongst the worst in the league. This year wasn’t much better before he was fired.

To make this rumor (which has been reported by two different sources) make even less sense, Garrett wasn’t a particularly successful head coach either.

In spite of the Dallas Cowboys amassing quite a bit of talent for Garrett to work with, he failed to make it past the Divisional Round of the playoffs a single time during his tenure. The team also finished either at or below .500 in 5 of his 9 full seasons with the Cowboys.

There is some good news for Blue Devils fans, though. There are 2 other candidates in the running right now. Those other two options are Clemson assistant coach Tony Elliot and Texas A&M assistant Mike Elko.

It remains to be seen whether or not Duke will actually hire Jason Garrett, but it’s difficult to understand why they would even be interested.