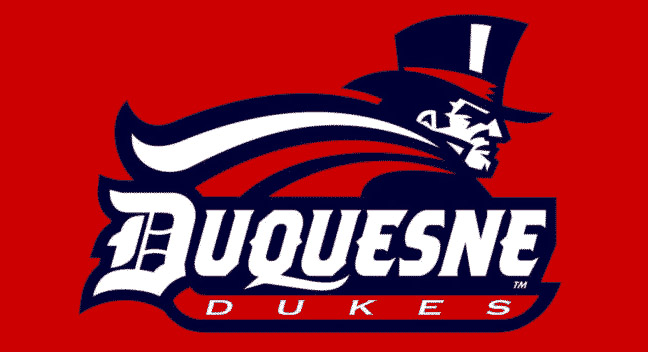 Not a good week for college football. On Thursday, running back CJ Fuller, a member of Clemson’s 2016 national title team, passed away at the age of 22. Now, less than 24 hours later comes another report of a football player at Duquesne University dying after a fall from a 16th floor dorm window.

According to Pittsburgh’s KDKA, the university provided a statement that said campus police were called to that floor for an altercation around 10:30 p.m. Thurdsay night. When they arrived, junior running back Marquis Brown jumped out of the window.

Brown, from Washington, D.C., somehow briefly survived the horrifying fall and was then taken to UPMC Hospital in critical condition, where he passed away.

The DeMatha family is mourning the loss of Marquis "Jaylen" Brown '16. Prayers are requested for his family during this difficult time. We love you JB! 😥 #OneDeMathaForever pic.twitter.com/SJNV3KXiSg

Dear Members of the Duquesne Community,

It is with great sadness that I report that we had a tragedy on campus last night, at approximately 10:30 p.m. A student athlete on the University’s football team, Marquis Brown, a junior from Washington, D.C. in the McAnulty College of Liberal Arts, jumped out of a 16th floor window of Brottier Hall after campus police arrived in response to a reported disturbance. Marquis was taken to Mercy Hospital where he later died. His family has arrived and is coping with this tragedy.

Members of the University leadership team, staff, counselors, priests and Campus Ministry were engaged throughout the night, helping students deal with these tragic events. There was also an opportunity for students to gather in the Chapel on campus for prayer, and many did so. University staff are continuing to assist in every way possible. Counselors have been made available at our Counseling and Wellbeing Center for any student, faculty or staff member in need of support. Spiritan Campus Ministry staff has also been made available. Additionally, counselors are reaching out to students around the campus.

A Memorial Service for Marquis is being planned on campus, likely on Sunday evening. Further information will be sent to you as it is available. Please join me in praying for Marquis, his family, and his many friends and teammates during this time of great sadness for the entire campus community. May he rest in peace.

Police are continuing to investigate the incident.