Dustin Johnson’s Champion’s Dinner Menu Doesn’t Include Sandwiches, But Does Feature Pigs In A Blanket 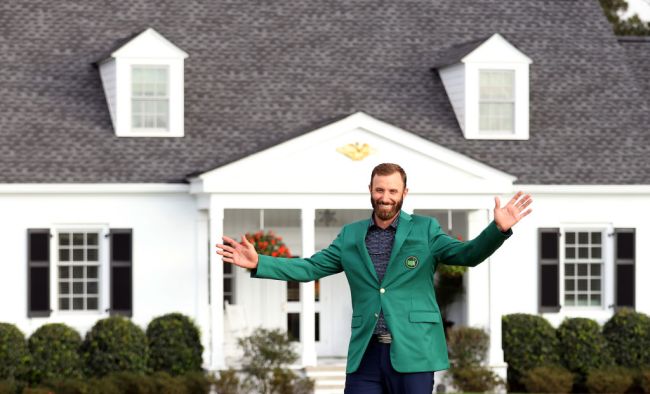 Dustin Johnson has revealed his Masters Champion’s Dinner menu and it shockingly doesn’t include sandwiches. The 2020 Masters champ did elect to keep the menu rather subtle and American, however, as the night will get underway with some pigs in a blanket and feature some family-style sides.

Pigs in a blanket and lobster & corn fritters

Prior to winning the green jacket last November, Johnson was asked what his favorite part of the Masters was. Instead of saying anything about Augusta National, the tradition, or something standard like that, he explained that sandwiches were his favorite thing about the tournament. So, naturally, everyone assumed he’d have some sort of sandwich on the menu.

The only way Johnson could have snuck sandwiches on the menu was to have some sort of small sandwich as an appetizer, but DJ doesn’t seem like the kind of guy that messes around with small sandwiches. Plus, sandwiches are filling, guys have to save room for the peach cobbler at the end of the night.