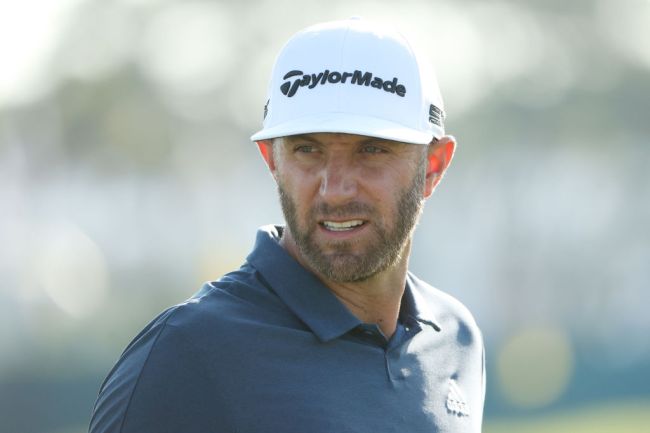 Dustin Johnson doesn’t act like most would think the No. 1 player in the world would act. He’s incredibly nonchalant, never appears to let anything get to him, and comes across as never having been concerned about anything in the world.

His Wednesday press conference at the PGA Championship is just the latest example of how even keel DJ is.

Johnson has used many putters throughout his career, so a reporter decided to ask him which putter he’d be carrying this week at Kiawah. In typical DJ fashion, he had no clue what the name of the putter is that will be in his bag this week.

“It’s a TaylorMade” is all he could come up with. His later quote, “I really don’t like changing clubs ever, but when one’s not working, I have to find something else” is a perfect example of him keeping things simple and not overthinking things.

DJ has a fun exchange with a reporter on the putter he's carrying this week. 🔊 pic.twitter.com/C6LZVVMhhI

Johnson not having a clue what model putter he’s using less than 24 hours from the start of a major championship may seem concerning for some, but it absolutely shouldn’t be. This is just DJ being DJ, him not knowing the name of his putter is not the least bit surprising.

In a weird way, Johnson’s simple demeanor and his to-the-point answers have suddenly made his press conferences appointment viewing. You don’t really know what’s going to come out of DJ’s mouth next, but you do know it’s not going to be some elaborate, drawn-out speel about nothing.

What you see is what you get with DJ: a never too serious, and sometimes maybe even boring guy that can do absolutely ridiculous things to a golf ball.