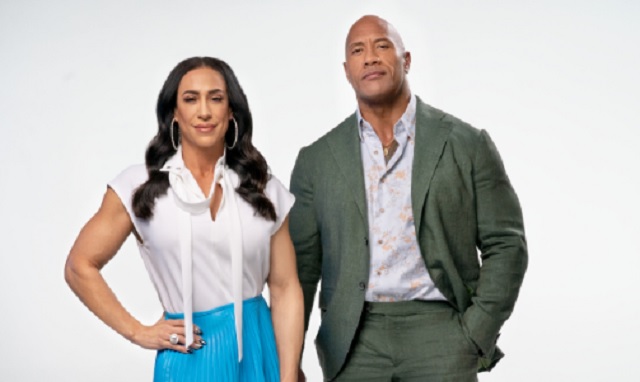 Dwayne “The Rock” Johnson can add sports league owner to his many accomplishments.

According to a report from Sportico, The Rock, his business partner Dany Garcia partnered and investment group Redbird Capital have bought the XFL for $15 million months after the league was forced to shutdown when the COVID-19 pandemic prompted the cancellation of its inaugural season.

BREAKING NEWS: @TheRock is the new part-owner of the XFL.

The XFL has been sold to a group that includes former WWE star Dwayne “The Rock’’ Johnson, giving the bankrupt football league the kind of star power that may draw even non-sports fans.

Johnson, an actor and producer who played college football at the University of Miami, teamed up with Gerry Cardinale’s RedBird Capital to buy the league just hours before a planned auction was scheduled to begin.

They paid $15 million, splitting it evenly. Johnson’s business partner, Dany Garcia, who is also his ex-wife, will be a stakeholder as well.

With my trail blazing partner @DanyGarciaCo & Red Bird Capital, we have acquired the XFL.
With gratitude & passion I’ve built a career with my own two hands and will apply these callouses to our @xfl2020 brand.
Excited to create something special for the fans! #XFL #fullcircle pic.twitter.com/LprJ6HjglD

Taking a moment to illuminate this very cool and huge milestone.
My XFL partner, Dany Garcia becomes the first woman to OWN an entire sports league independent from a team. She was the architect in this acquisition and now we go to work – for the love of football. @xfl2020 https://t.co/7IOuGBSxYu

It’ll be interesting to see when the XFL is brought back but the Internet was pretty hyped to see The Rock involved with the league.

The Rock is basically living a movie.

That dude went from broke, to superstar wrestler, then somehow parlayed that into hollywood superstar, and now is off taking over the world as an exec.

No way he doesn't wind up President eventually, and then maybe find world-peace.

The Rock is buying the XFL!

Can you smell what the XFL is cooking?! pic.twitter.com/8JlvxX6LgU

Finding out we’re all living in a episode of ballers is very on brand for 2020. The Rock now gives Adam Silver competition for best commissioner in sport. https://t.co/VLEY3HOLLE

The Rock did the intro for the #Chiefs/#49ers Super Bowl and it was 🔥🔥. This is exactly what the XFL needs. pic.twitter.com/46ofUQ3q3l

The Rock pulling up to save the XFL pic.twitter.com/oFwv4pKAOF