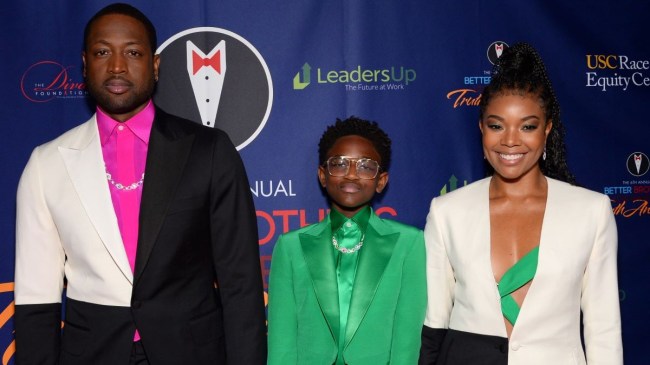 Former Miami Heat superstar and future Basketball Hall of Famer Dwyane Wade has always been a family man. Wade can often be seen working out with his eldest son, Zaire, who plays in the NBA GLeague and is a fervent supporter of his eldest daughter, Zaya.

He also has two younger children, Xavier and Kaavia, who can be seen with him at a number of events.

But on Thursday morning, Wade offered perhaps his most fervent public defense of one of his children yet on Instragram.

The post came in response to a petition filed by the mother of Wade’s daughter Zaya. The petitioner, Siohvaughn Funches-Wade, is seeking to prevent Zaya, who is openly transgender, from legally changing her name or gender until the age of 18.

Funches-Wade claims that she believes Wade made be pressuring his daughter into the swtich for publicity reasons.

“I have concerns that [Dwyane] may be pressuring our child to move forward with the name and gender change in order to capitalize on the financial opportunities that he has received from companies,” she said.

But Wade responded both quickly and fervently.

“Siohvaughn has decided to pretty much be an absent parent to Zaya all on her own,” Wade said in the post. “I’ve yet to see her make any sacrifice or effort to leave her own home to participate in her children’s lives.”

Wade then states that he’s tried to involve Funches-Vaughn in her daughter’s life. But that she has repeatedly denied those opportunities.

I’ve given her the opportunity to reach to Zaya’s teachers, daughters and therapist over the years and even meet her friends,” he continues. “So that she could get her own understanding of our child’s need for her LIFE! She won’t do it! She has not been to a school, recital, graduate, school dance, play date, practice, parent teacher conference etc. And Zaya has given her every opportunity to try to get to know her. She won’t do it!”

People.com states Funches-Wade’s the petition on Tuesday. It serves as an objection to an initial petition Wade filed in August to legally change Zaya’s name.