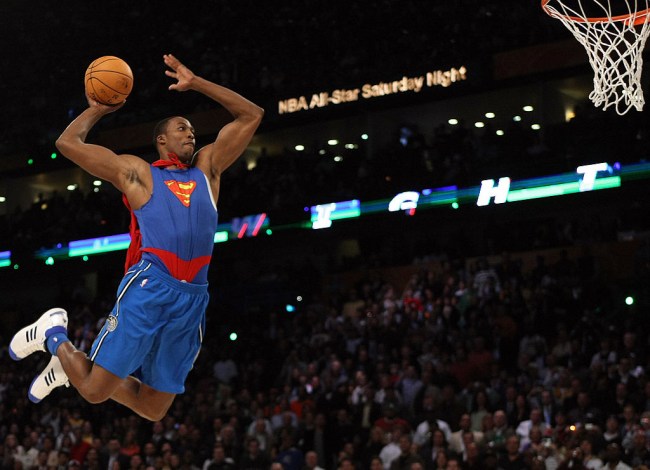 There was once a time when the only people who were able to dunk a basketball were those who were gifted an abnormal amount of height at birth, but over time, being able to jump high enough to reach the height of the railing that James Naismith attached some peach baskets to in 1891 became something to aspire to.

Eventually, we reached a point where dunking was no longer reserved for freakishly tall people and could also be achieved by noticeably tall people with freakish athletic ability who elevated the throwdown into an art form.

The highest-flying players in the game finally got the chance to showcase their creativity in 1976 when both the ABA and NBA held slam dunk contests in a year that would see the two leagues merge and it somehow took until the next decade for the league to give the people what they craved.

1984 ushered in the dunk contest’s Golden Era, which featured the biggest names in the game reaching into a seemingly bottomless bag of tricks to defy physics in a myriad of ways. Sadly, the contest became largely void of superstars once the 90s rolled around only to get a shot of adrenaline straight to the heart at the start of the new millennium when Vince Carter did things I wasn’t aware humans could do.

The 2000s also marked the beginning of the rise of perhaps the most implausibly impressive contestant the competition has ever seen in the form of Nate Robinson, who used his towering 5’9″ frame to win the first of his three titles in 2006.

However, the impossibly small guard soon saw himself overshadowed (both literally and figuratively)) by Dwight Howard and his impossibly large shoulders, which took center stage in the 2008 contest that was capped off by the iconic Superman dunk (which was more of a throw than a dunk but whatever).

Howard did what he could to top himself the following year to no avail, and since then, he’s spent time bouncing from team to team before finding himself on the Lakers this season for the second time in his career.

The 34-year-old has done basically everything he could do over the course of his career (aside from the whole “win a championship” thing) but it appears he’s gotten the urge to relive his glory days while he still has the chance, as The Atheltic Reports he’s planning to take part in this year’s dunk contest when All-Star Weekend comes to Chicago in February.

Now all we need is for Vinsanity to throw his hat in the ring to turn things up to 11. If the NBA actually cared about ratings, it’d do everything in its power to make that happen so here’s to hoping it tries to extract some ore from the goldmine it’s sitting on.