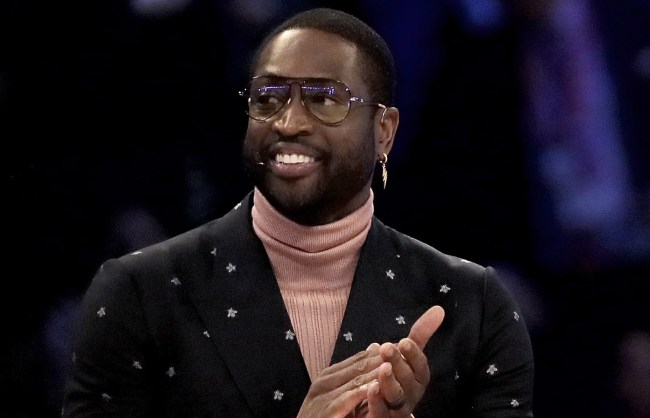 The baseball world currently has a bit of a scandal on its hands courtesy of the Houston Astros, who are under fire for successfully harnessing a blatantly illegal sign-stealing strategy on their way to winning the World Series in 2017.

However, over the weekend, the NBA also found itself in a sticky situation thanks to Dwyane Wade, who undermined the sanctity of the Dunk Contest on Saturday night after he appeared to rig the final round to allow his former teammate Derrick Jones Jr. to take home the trophy and robbed Aaron Gordon in the process.

With the title on the line, Jones Jr. opted to attempt to channel his inner Michael Jordan and jump from the free-throw line, and while he had a foot in the key when he took off for a windmill dunk, the judges—Wade, Common, Scottie Pippen, Candace Parker, and Chadwick Boseman—still awarded him a score of 48.

Gordon, on the other hand, opted to recruit the services of 7’5″ fan favorite Tacko Fall before hurdling himself over the Celtics center.

It was certainly impressive but apparently not impressive enough to top his opponent, as Gordon ultimately received a score of 47 to the apparent surprise of the judges who immediately looked at Wade as if to accuse him of something—including Common, who said “Somebody didn’t do it right” when eventually questioned about how things went down.

Gordon declined to suggest the contest was rigged but said that he feels like he should have won before announcing he wouldn’t be competing in it again.

Wade, on the other hand, also declined to give an answer when he was asked by Andy Cohen about whether or not he fixed the results while visibly wine drunk during the “Plead The Fifth” segment on Tuesday’s episode of Watch What Happens Live.