Dwyane Wade, Gabrielle Union Blasted For Using Over 489,000 GALLONS Of Water In A Single Month 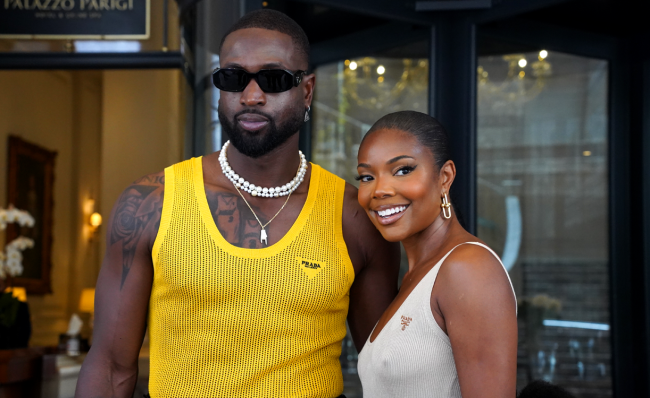 Dwyane Wade and Gabrielle Union are getting destroyed on social media for violating California drought restrictions by using a whopping 489,000 GALLONS of water more than they were allowed IN A SINGLE MONTH.

Due to a three-year drought causing historic water crisis in Southern California, residents in the Las Virgenes Municipal Water District are only allowed to perform outdoor watering one day a week, with only eight minutes per station on the designated day.

Las Virgenes spokesman Mike McNutt told the Los Angeles Times that water budgets for properties in the area are determined by a combination of factors, including the number of residents and the amount of irrigated land.

Despite these rules and regulations, 2,000 customers, including famous names like Sylvester Stallone, Dwyane Wade, Kim and Kourtney Kardashian, and Kevin Hart, were recently issued “notices of exceedance” by the water district. The notice means that they exceeded their monthly water budgets by more than 150% at least four times since a drought emergency was declared at the end of 2021.

The worst offenders in the month of May were former NBA star Dwyane Wade and his actress wife Gabrille Union who exceeded their water budget by 489,000 gallons – the most of anyone in the water district.

In a statement addressing the absurd amount of water they have been using, Wade and Union blamed their pool

“We have been doing everything we can to rectify the situation and will continue to go to extensive lengths to resolve the issue,” they said in a statement. “We have replaced all parts of our pool system that [have] to do with water flow and leakage in addition to converting to synthetic grass and drought tolerant plants to reduce our water usage. We will continue to work with the city and the water distribution company to make sure this isn’t an issue moving forward.”

The Times reports that while these repairs did help significantly, the couple still exceeded their monthly water budget by more than 1,400%, or 90,000 gallons, in the month of June.

Many on social media were appalled by the celebrities’ blatant disregard for the water restrictions and the massive amounts of water they are using.

Not only used. That was the amount they exceeded the limit

How the hell did Dwyane Wade & Gabrielle Union’s LA mansion exceed its water budget by 489,000 gallons in one month? That’s insane!

This is absolutely insane 🤬 WTF is wrong with these idiots! https://t.co/wckmmGl22x

Let me guess they are Democrats and concerned about climate change.