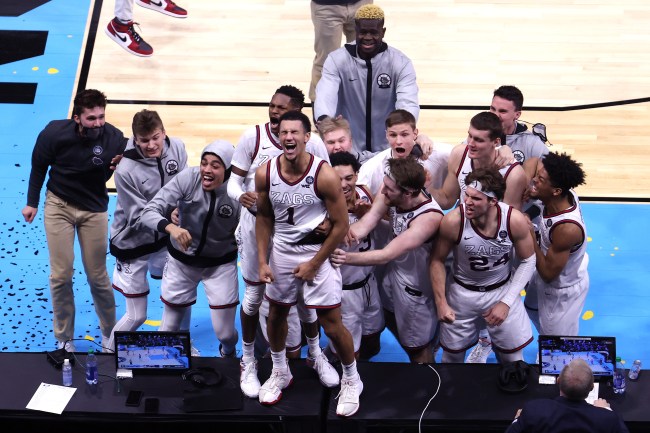 Gonzaga’s Jalen Suggs has an admirer in Dwyane Wade.

On Saturday night, Suggs hit a wild game-winning buzzer-beater vs UCLA in the Final Four and instantly jumped on top of the announcer’s table to celebrate.

JALEN SUGGS FOR THE WIN 😱😱😱 pic.twitter.com/S8M5RMEpYD

After the game, Suggs told the media that he had always dreamed of hitting a game-winning shot and jumping on top of a table like Kobe Bryant or Dwyane Wade.

Jalen Suggs “I always wanted to run up on the table like Kobe or D-Wade” pic.twitter.com/Ou5GpPJ2Ie

Wade hilariously reacted to Suggs’ quote about being inspired by him.

I jumped on my kitchen table after you hit this shot bro 😆 https://t.co/rq6YUo53hI