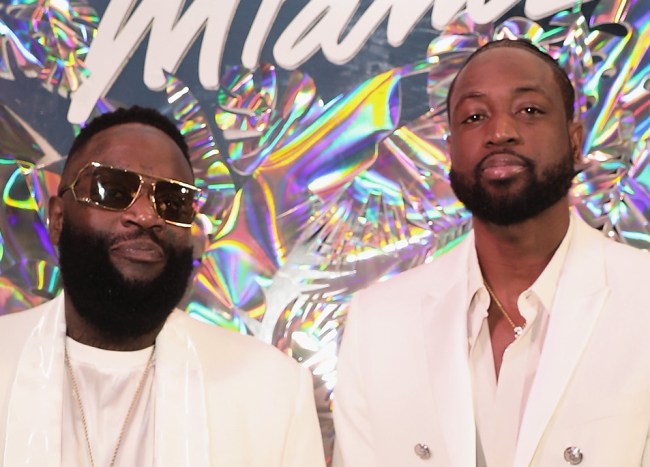 Professional athletes have to dedicate their lives to the sport they play if they want to compete at the highest level but some of the biggest superstars of all time have managed to find the time to pursue their other passions—especially the many guys in the NBA who have tried their hands at rapping over the years.

Shaquille O’Neal spent most of the 1990s establishing himself as one of the most dominant big men to ever play the game but also took the opportunity to showcase his talents off of the basketball court.

Sure, “talented” is probably the last word in the English language I’d use to describe the acting chops he showed off in Kazaam, and while he didn’t have a ton of success on the big screen, the same can’t be said for the effort he put in when he stepped into the recording booth.

While they might not be part of the hip-hop canon, the four studio albums Shaq put out over the course of his NBA career (the first of which, Shaq Diesel, eventually went platinum) were actually pretty solid records and there’s little arguing the big man doesn’t know how to hold his own on the mic (which he proved again when he found himself beefing with Damien Lillard last year).

Shaq inspired a number of guys to follow in his footsteps—including his teammate Kobe Bryant, who collaborated with the likes of Destiny’s Child, 50 Cent, and Tyra Banks, the last of whom was featured on the only single for a solo album that was ultimately never released.

Following the shocking death of the Lakers legend, Shaq reflected on the time they’d spent in the studio when he uploaded one of the songs they recorded on Instagram after his passing.

While Kobe’s music career may not have been as prolific as Shaq’s was, it still managed to leave an impact, as Dwyane Wade recently revealed Bryant inspired him to step out of his comfort zone and seriously pursue music for the first time since he was part of a hip-hop group his dad put together when he was growing up in Chicago.

So @DwyaneWade has a secret past…he was in a child rap group in the early '90s. He comes clean in our 1-on-1, and talks about the track he just cut for real with Rick Ross. pic.twitter.com/UJXcqCM4qF

Over the years, D. Wade has been name-dropped by artists including Jay-Z, Kendrick Lamar, and Kanye West, and now, he’s finally hopped onto a track with Rick Ross, who recently tapped him to record a feature for the song “Season Ticket Holder.”

If that left you hungry for more, here’s the full track.

Sure, Wade might be wandering too far into Chance the Rapper’s “I love my wife” territory with that line about Gabrielle Union and could learn a thing or two from Freddie Gibbs when it comes to learning how to kick off a song with a bang, but all things considered, this is pretty solid.

Also, I’d like to give some props to Rick for the impressive restraint he showed by only using the “M-m-m-m-maybach Music” tag a single time in this song. I’m proud of you, buddy.