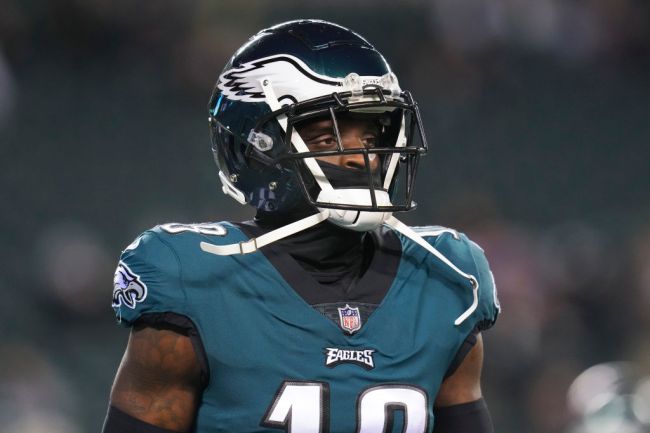 Former first-round pick Jalen Reagor, who was drafted ahead of Pro Bowl wide receiver Justin Jefferson in the 2020 NFL draft, had a rough playoff game against the Tampa Bucs in the playoffs, and Eagles fans are fed up.

Early in the third quarter of the Bucs-Eagles wildcard playoff game, Reagor turned the ball over after he muffed a punt while down 17-0, which led to another Tampa Bay TD moments later.

Everything that can go wrong has gone wrong for the Eagles (+7).pic.twitter.com/G3Tdz2tQqP

Reagor went on to muff another point later in the fourth quarter, but he was able to recover it this time around.

Nelson Reagor is at it again.

Reagor only picked up one catch for two yards while playing the receiver position in Sunday’s game, and fans blasted him on social media over his terrible performance.

Jalen Reagor loses football games. I've said it all year. He should not be playing.

Jalen Reagor is the worst Eagle in history

Jalen Reagor might be selling Verizon package deals after this game.

I mean, it’s no exaggeration to say Reagor is the worst player in the entire league

Throw Reagor in whatever prison is worse than Guantanamo Bay