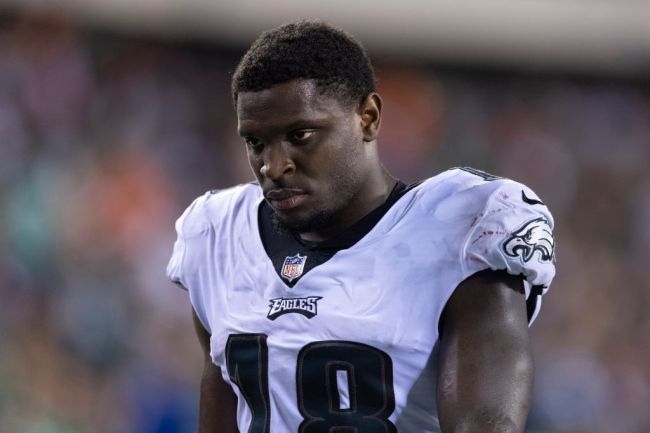 There are normal people and then there are those that go out of their way to message and call out NFL players for their lack of production in fantasy football. Philadelphia Eagles wide receiver Jalen Reagor ran into one of those individuals in his Instagram messages and simply couldn’t ignore it.

It all started with the fan clearly joking with Reagor telling him that if he scored 13 or more fantasy points against the Dallas Cowboys on Monday he’d buy him a Big Mac. Reagor didn’t put up 13 points in the Eagles’ loss to the Cowboys with his five catches for 53 yards, so the fan decided to slide back in the DM’s and tell Reagor he sucked.

Reagor didn’t appreciate that too much.

The former TCU standout messaged the fan back telling them to send over their address so he could swing by and fight them, according to a screenshot shared on Twitter.

Shoutout to the fan for keeping it light with his replies instead of getting all defensive or hostile. Going back to the Big Mac line and then threatening to tell Eagles’ head coach Nick Sirianni about the messages is a great move.

Things seem to be going well in Philadelphia following the loss to Dallas. Jalen Hurts compared the loss to taking a poop and now we’ve got Reagor threatening to fight fans. That’s Philly, baby.

A team spokesman says the images of an alleged conversation between Eagles wide receiver Jalen Reagor and a fan are not real and are doctored. The spokesman said the team is working to take care of the situation.