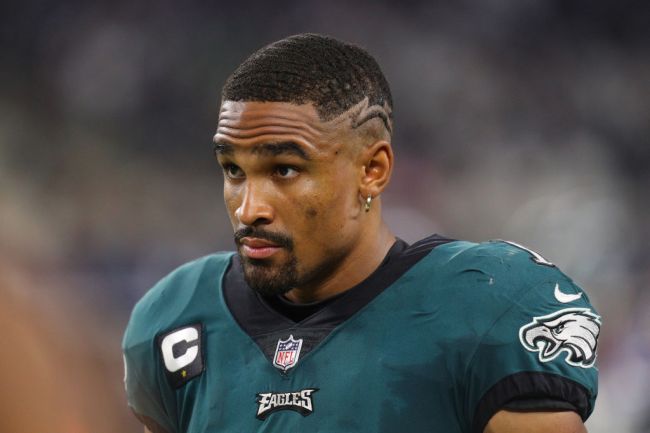 The Philadelphia Eagles fell to 1-2 following their 20 point loss to the Dallas Cowboys on Monday Night Football. It’s a game that Philadelphia will quickly want to forget, and one Jalen Hurts wants to flush down the toilet, literally.

During his postgame press conference, Hurts took full responsibility for his team’s loss and explained that the Eagles will be better because of the tough loss, but then things went off the rails a bit.

Hurts went on to compare the loss to taking a deuce, seriously.

What do you do after a bad night?

Do what Jalen Hurts does…. "take a deuce, flush it and move on" #NFL pic.twitter.com/JUwASgIArU

That’s some philosophical stuff there from the former Alabama quarterback.

If we’re being honest, if there were ever an NFL player to start talking about poop during a postgame presser, it was going to be a member of the Eagles.

Maybe this is just great branding and marketing from Hurts, he’s truly hitting a nerve with Philly fans. He probably gained supporters thanks to these comments despite his team’s 20 point loss to a rival.