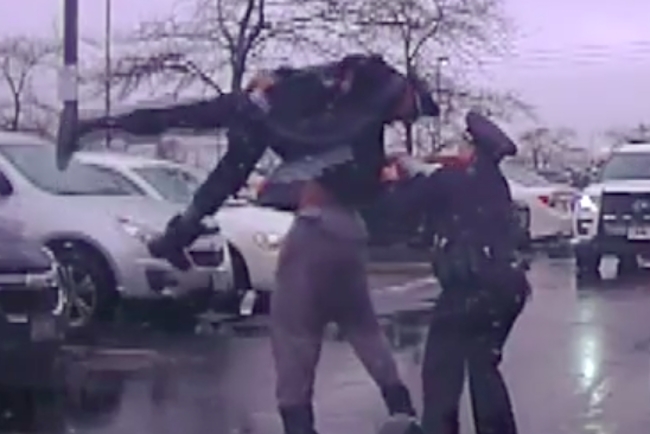 Going to college is the first time a lot of people will get to experience what it’s like to be truly free after spending the previous 18 years or so under the watchful eyes of the parents who drive away after dropping them off for their freshman year crying tears of both sadness and joy knowing their child has entered a brand new stage in their life.

It’s incredibly refreshing to suddenly have a ton of agency and the freedom to make your own decisions but the one downside is that you’re very likely to end up using your newfound independence to decide to do some incredibly stupid shit.

Sure, there are plenty of diligent students who manage to dedicate themselves to their studies and successfully graduate with a stellar GPA and a bright future ahead of them. However, there are plenty of others who—in the immortal words of Cardale Jones—didn’t necessarily come to play school.

Over the course of your four (or more) years in college, you’ll have plenty of opportunities to drink in an irresponsible manner, dabble in the world of illicit drugs, and make questionable sexual decisions. While I can’t speak for those first and last ones, it would appear Eastern Kentuck University football player Michael Harris may have had some trouble resisting that second temptation.

According to WNBS, Grove City police were called to a business earlier this week after an employee called them to complain the redshirt sophomore was acting aggressively and refusing to leave the premises.

Upon their arrival, officers approached the 6’3″, 240-pound linebacker, and after one of them attempted to restrain him, Harris proceeded to lift the cop over his head and slam him to the pavement.

According to the police report, Harris appeared to be under the influence when he was confronted and unidentified pills (as well as a digital scale) were found in his car. When everything was said and done, he was charged with felony assault in addition to a list of misdemeanors that includes resisting arrest, obstructing official business, and disorderly conduct while intoxicated.

The university announced Harris—who transferred from Auburn last month—has been suspended from all football-related activities but says it will wait to hand out further discipline until a full investigation into the matter is completed.