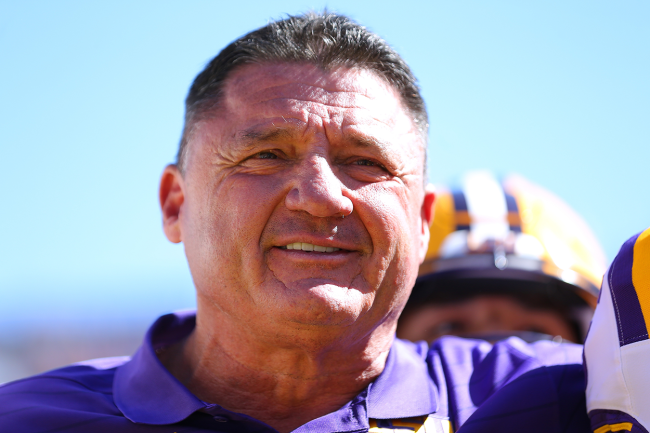 When Ed Orgeron was let go as the head football coach at Louisiana State University, he was excited about having some time to relax. The 60-year-old appears to be doing just that in Mexico this week.

Coach O, who won a College Football Playoff National Championship with the Tigers in 2019, was fired without cause. As a result, he is set to be paid the remainder of his massive contract.

When asked about what he planned to do with his free time back in October, he had a cold-blooded answer about how much he is being paid to be unemployed. Now, five months later, it appears as though he is spending some of that money down in Cabo San Lucas as college students around the country flock to the beach.

Orgeron was spotted on spring break at the Mango Deck this week. 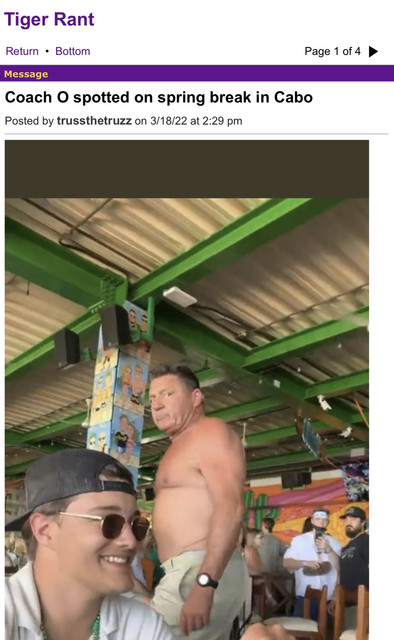 If you are unfamiliar with the Mango Deck, it is a massive beach club with a huge bar and restaurant. College students from all over the United States, and even internationally, flock to the Mango Deck to crush tequila and party. It’s a lot of fun and Orgeron appears to agree.

The former LSU coach was posted up at the Mango Deck throughout the week and, although people were being weird around him, he was living it up.

Of the multiple sightings, Orgeron was not ever seen with a shirt on— as is his brand. Coach O is single, with a metric f**kton of money burning a hole in his pocket. He is ready to party shirtless with some college students in Mexico.