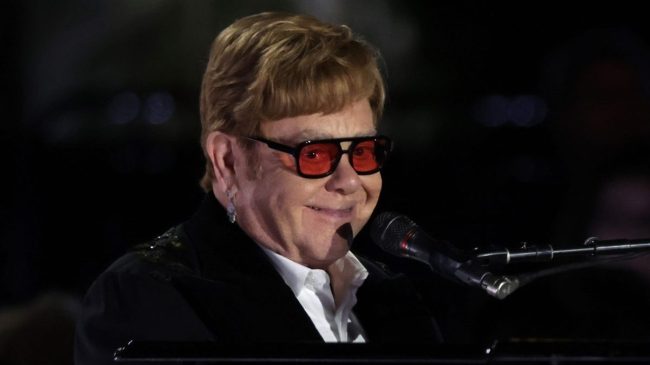 Elton John is apparently a huge fan of the Atlanta Braves. The more you know!

The pop superstar has reportedly been a fan of the club for over 20 years since moving to Georgia. Former Minnesota Twins player Trevor Plouffe said previously that he was surprised to learn just how big of a fan he was when he showed up to a Twins game in 2016.

“People said he’s a big baseball fan, but I was like, ‘C’mon. He’s from England and all that.'” [Trevor] Plouffe said. “But sure enough, he’s lived in Georgia for more than 20 years and watched the Braves, so that’s how he learned about baseball. He became a Braves fan right as they went on that run. So he was really insightful about sports, in general. We had a cool talk with him.”

And it’s not just a surface-level fandom. Future Baseball Hall of Famer says that the Rocket Man really knows his stuff.

He was throwing out names like Mark Lemke,” Mauer said. “You’d think he’d say like [John] Smoltz or [Greg] Maddux, but he knew about guys like Lemke.”

So it comes as no surprise that John was intensely tuned in to Atlanta’s huge NL East decided series against the New York Mets over the weekend.

But fans at his Sunday concert in Nashville had no idea what they were in for.

Elton John fans were probably fired up to hear the legend play jams like Levon or Crocodile Rock when he took the stage in Nashville.

But what they could have never anticipated was what actually happened.

John took time out of his set to tell fans what he was really focused on Sunday night, the Atlanta Braves. He told fans that something made him very happy that night was the Braves sweeping the Mets.

“Something that makes me very happy tonight, the Braves swept the Mets.” -Elton John pic.twitter.com/L5jmGMjL3j

The sweep put a cap on a remarkable collapse by the Mets. New York led Atlanta by 10.5 games on June 1. But you can never count out a team with Elton John on its side.