Stop Us If You’ve Heard This One Before: The Mets Are Making History With Their September Collapse 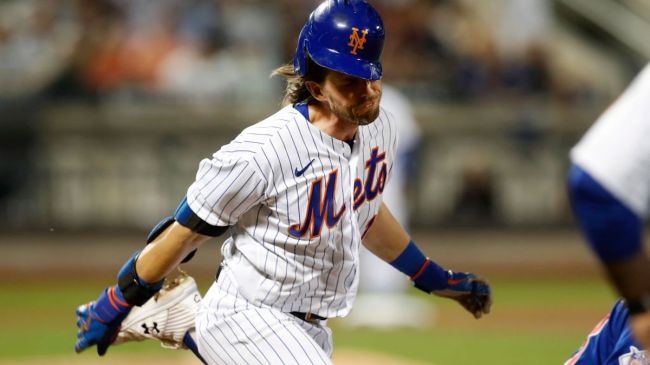 If you would allow me to please — as a lifelong New York Mets fan whose father is from Flushing, Queens — take a moment to scream into the metaphysical abyss before we begin this article. Thank you kindly, my faceless internet friend.

NOT AGAIN! WHY IS IT HAPPENING AGAIN! EVERY TIME THE METS ARE GOOD. SEPTEMBER HAPPENS. WHYYYYYYY!!! WHY MUST THE DEFENDING CHAMPION BRAVES ALSO BE ON PACE TO WIN 100+ GAMES. WHY DIDN’T UNCLE STEVIE MAKE A BIGGER TRADE AT THE DEADLINE?!?! AHHHHHHHHHHHH!

Okay, thanks for that, I needed to clear my head in order to move forward, because not only are the Mets, once again, beginning to collapse in the month of September, but this time, they’re doing it in a historic fashion.

Last team to suffer such a sweep: Detroit Tigers in the final 3 games of the 1968 regular season.

The Mets lost to the Cubs last night as -455 favorites. They are the largest favorites to lose this season, per @ESPNStatsInfo.

Despite the fact that — barring what would be *the worst* collapse in baseball history — the Mets are virtually guaranteed to make the postseason as a Wild Card (at the very least), that certainly won’t ease the concerns of the fanbase, who’ve certainly seen this movie before.

Following their three-game sweep at the hands of the below-average Chicago Cubs, the Mets will now host the Pittsburgh Pirates for a crucial four-game series over the weekend. Perhaps the lone saving grace for the Queens-based team is that perhaps for the first time since June, the Braves have also hit something of a cold patch, losing four of their last five games.

With less than 20 games to play in the season, the Mets currently hold a narrow 0.5-game lead over the Braves in the NL East.

RELATED: New York Mets Fans Are Sick Seeing Jacob deGrom Take The Blame For A Loss In Which The Offense Scored Just 1 Run