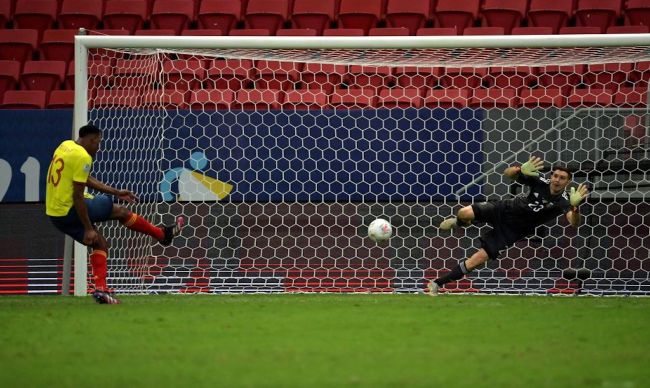 What a month it’s been for soccer, and sports in general, really. After enduring the hollow echoes of empty arenas throughout the most cursed year that was 2020, seeing fans fill stadiums across Europe to root their national teams on has been a truly awe-inspiring sight to behold. Nothing makes the heart grow fonder of something than its absence and that’s certainly been the case with fans at sporting events.

Now, while the stadiums may remain empty down in Brazil for the Copa America 2021, that doesn’t mean the action has been any less electric, as evidenced by Argentina’s thrilling penalty kicks victory over Colombia, which is only made all the more dramatic when considering it may represent one of, if not the final chance for the legendary Lionel Messi, now 34-years-old, to win an international trophy with Argentina.

Despite his all-time excellence, though, Messi was hardly the hero of Argentina’s hard-earned victory, as that title is claimed by Aston Villa goalkeeper Emi Martinez, who came up with three HUGE saves that propelled Argentina to victory. When it comes to penalty kicks, a keeper saving *one* penalty is considered to be a massive boost, let alone three. And after seeing translated video of Martinez prior to his saves, it should come as no surprise that he thrice kept the ball out of the net, as Martinez won the mental battle before the shots were even taken with premier trash-talking skills. Behold:

Messi, Martinez, and the trophy-starved Argentinian national team will take on Neymar and mighty Brazil in the Copa America 2021 final on Saturday, July 10 at 8 p.m. EST. That match will be aired on Fox Sports 1.