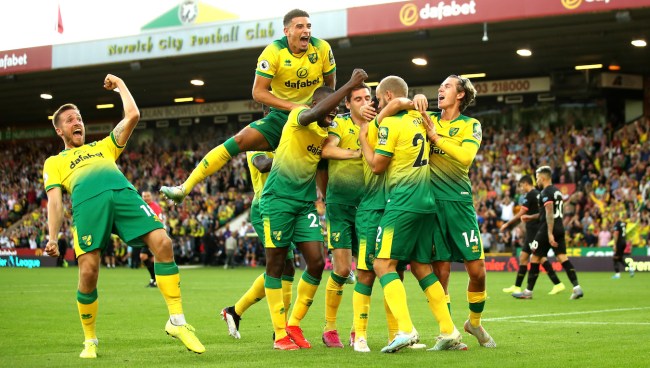 Back in May, I took my first ever pilgrimage to Liverpool to watch my beloved Liverpool Football Club live in action.

Playing soccer my entire life, I only really began to passionately participate in its fandom in recent years and it ultimately changed my life in ways I never could have imagined. In fact, through a long and winding string of what can only be explained as cosmic events, it is this love of soccer that got me this very job at BroBible. But that’s another story for another day.

Despite being involved in the game for what amounts to two decades now, and watching it for about five or so years, I always felt I had a grasp on the sporting culture across the pond. After all, I grew up with (American) football, I know what the NFL and its fans are like. But when I arrived in Liverpool, I finally understood that their affinity for soccer reaches almost religious levels, as if their entire lives are built around four pillars instead of three: family, work, religion, and football.

Sure, there are plenty of American fans who root for plenty of teams as passionately as any Englishman does for their respective football club, but the difference is found in the quantity of fans who feel this way, who live and breathe for the club.

This idea of football being integral to their very manner of existence is best optimized by the recent story of Barrie Greaves.

Greaves, a lifelong fan of (current) Premier League club Norwich City, recently passed away at the age of 83-years-old, and in his will, he bequeathed £100 (roughly $130 USD) to the team so the players could have a drink in his name.

He left the club £100 in his will, so the players could have a drink on him 💛 pic.twitter.com/xvixPvwo7r

That — and I mean this with the utmost compassion and respect — is simply the most beautifully British thing I have heard of. Just so fucking British. “Alright, lads, go and have a pint on ole’ Barrie!”

Rest easy, Barrie, and may the afterlife provide you with endless pints of Guinness and Norwich City victories. Up the Canaries.

In a year full of milestones – dream job with @BroBible, new apartment with my best friends, etc – the highlight of my year was my solo trip to Liverpool.

I booked the trip in March following the chaotic home win against Spurs, expecting a miracle on the final day of the season. pic.twitter.com/DpJpyVF7CM