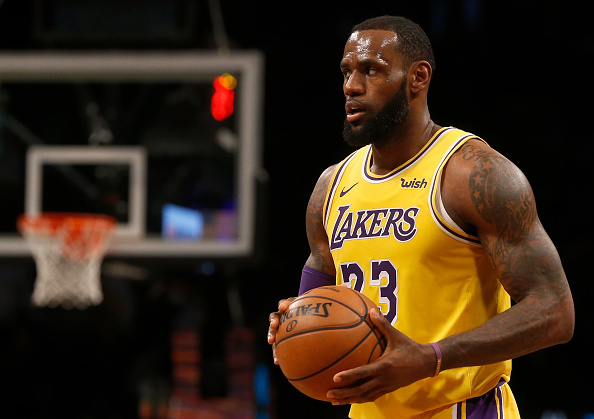 LA Lakers star LeBron James found himself in a bit of controversy this weekend by quoting 21 Savage.

On Saturday, James posted a selfie r Instagram featuring lyrics from rapper 21 Savage’s “asmr” song from the new album ​i am​﹥i was which references keeping “kosher” and “getting that Jewish money.”

Here are the song lyrics.

“We been gettin’ that Jewish money, everything is Kosher (On God) Bought myself a ‘Ventador and bought my bitch a Roadster (Straight up) Drive my Lambo to the store, I’ma wave with my doors. 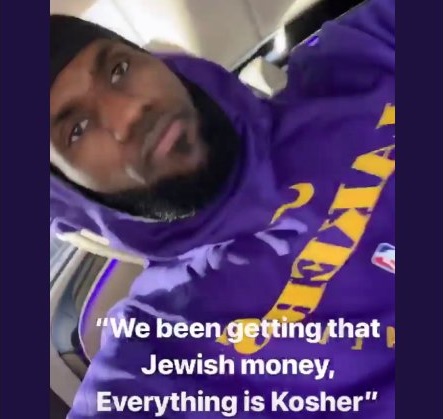 This is an anti Semitic stereotype used for centuries to foster hatred against Jews. @kingjames the nazis spread this nonsense everywhere #wordshavemeaning posting words to 44 million people has a ton of meaning.

Sports reporter Darren Rovell also went on to criticize LeBron over his post.

Surprised LeBron, who makes very few mistakes, put this out. Does quoting lyrics from a song absolve the person quoting from the responsibility behind the words? I’d argue no, especially with a following of 45 million. pic.twitter.com/efv9gkXres

Ellin and Rovell immediately got pushback from NBA fans who didn’t think LeBron’s IG post was a big deal.

Go find a Jew and read this to them. Any one — Adam Silver, Dan Gilbert, David Stern — then tell me how they reacted and come back to me.

Before you take a stand, understand the history of this comment, which goes back further than slavery to the Middle Ages.

Have you heard about the holocaust?

Jews make up 1.4% of the US population, so I expect people to not understand why saying “getting that Jewish money” is offensive. That Jews are disproportionately wealthy to their population does not take away from the fact that the term “Jewish $” means Jews are ALL ABOUT $.