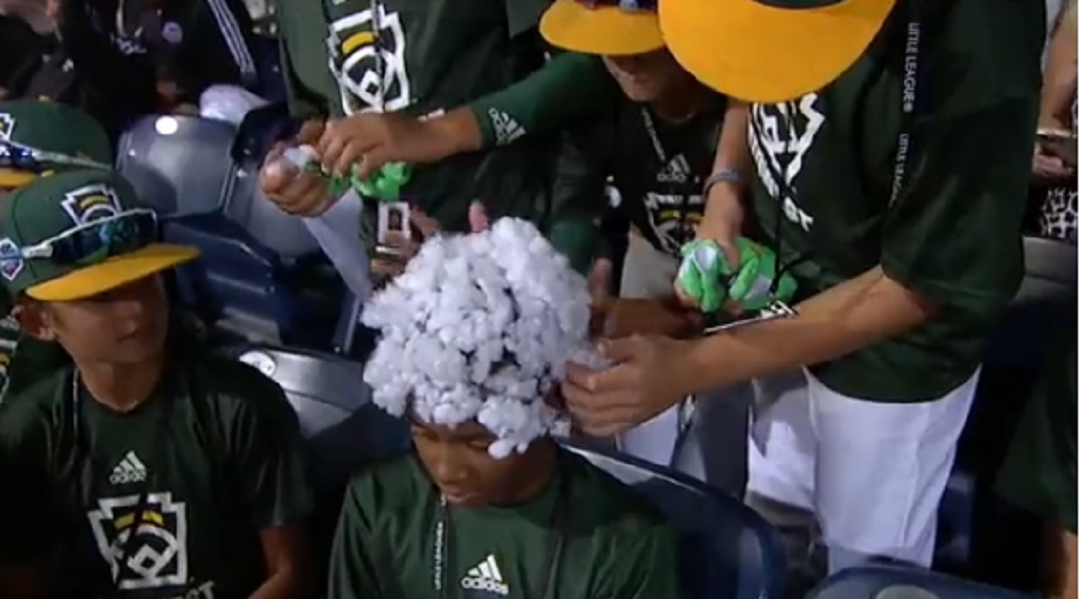 ESPN is under fire after angering fans during an ill-advised Little World Series segment.

On Sunday night, a segment during the Red Sox-Orioles game featured several little world series players putting cotton on their black teammate’s hair with no context.

Did anyone else just see this on the Little League World Series?! They was stuffing the black boy hair with cotton!!! #LLWS pic.twitter.com/nRVJpw6FJj

Fans were outraged and demanded an explanation as to what was going on.

Protect Black kids. The @LittleLeague & @espn should be ashamed they allowed this to happen. The coach was doing it to. And the announcer said “Boys will be boys”. My goodness. How can this happen with on national television? https://t.co/N4HrfmtrVD

this is gross. i didn't see this last night and honestly i'm glad i didn't. the look on his face is crushing me. https://t.co/bEkMoCGoTc

The kid looks absolutely miserable, and WHY did this team of kids have that much cotton lying around and WHERE the heck was the coach 🤔 https://t.co/ZqEFxwOKse

Update: The Little League provided a statement on the matter and said there were no ill intentions with the segment.

Little League’s Official Statement on the broadcast below: https://t.co/ljgDuh2QaL pic.twitter.com/3LlruOuQRD