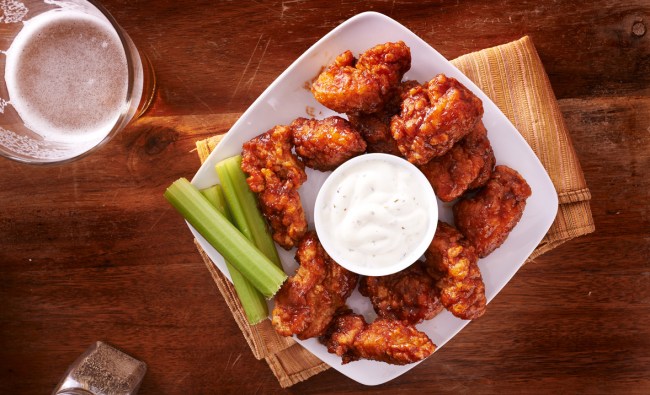 A couple of years ago, I hopped on a plane to visit Buffalo for the first time in my life and was absolutely shocked to discover the flight was booked to capacity.

I couldn’t figure out why so many people were headed upstate at 2 PM on a Wednesday, but upon arriving, I ultimately realized why.

Over the course of the next few days, I immersed myself in the city’s culture, visiting the zoo, listening to the Goo Goo Dolls, and having too many Labatt Blues at The Pink before stumbling down the block to crush a hoagie at Jim’s Steakout.

Of course, there was no way I was leaving Buffalo without making a pilgrimage to one of the city’s iconic wing joints and paid my respects at Duff’s before saying goodbye.

I don’t know if I’ve ever encountered a group of people who are as loyal to their city as Buffalonians are and the last thing you want to do is be at the receiving end of their wrath.

Unfortunately, it appears ESPN didn’t get the memo.

Last night, Monday Night Football rolled into town and decided to pay respects to Buffalo’s most famous contribution to the culinary world by, um, eating boneless wings from Applebee’s?

As you’d expect, people were not exactly thrilled.

No matter what happens tonight, the Bills can't possibly look as stupid as the ESPN crew with Applebee's wings in Buffalo

ESPN doing a segment in Buffalo with *Applebees chicken wings* is disappointing and frankly irresponsible. #MNF

Applebee’s and boneless?!?! No matter what happens on the field this will be the most offensive thing to have gone down tonight. https://t.co/INH7Otlj1x

I recently drank as many Zombie cocktails as Applebee’s would serve me and am intimately familiar with their appetizer menu as a result, so I know they could have provided ESPN with regular wings if they had wanted to.

However, if this segment proved anything, it’s that it’s time for Americans to put their differences aside and unite behind a cause we can all agree on: to stop calling boneless wings “wings.”

I don’t necessarily have anything against these glorified chicken nuggets but I will not stand for this blasphemy any longer.

I invite you to join me in fighting the good fight.