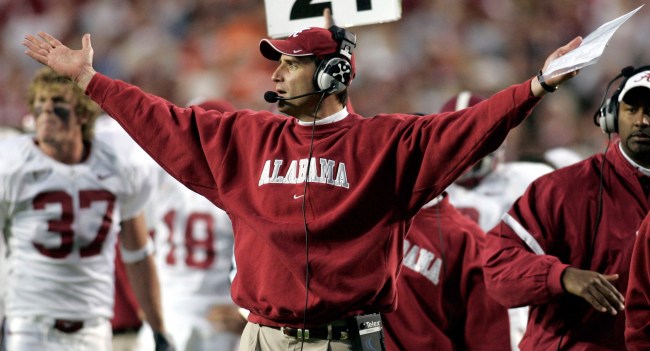 On Tuesday we wrote about how two different media outlets, Sports Illustrated and College Football News, decided to put together rankings of the greatest programs in college football history.

As is the case with any endeavor to rank just about anything these days, people got angry and vented on social media about how horrible and inaccurate these lists are.

To refresh your memory, Sports Illustrated ranked Alabama number one. College Football News, who used a special formula to determine their rankings, had Oklahoma listed as the greatest college football program of all time.

Fans were quick to complain about the rankings of many different schools like Florida State, Georgia, Michigan, Oklahoma, Alabama, Texas, USC, Notre Dame, Nebraska, Tennessee, Miami… you get the drift.

So, because timing is everything, on Thursday ESPN released their ranking of the 50 best college football programs over the 150 year history of the sport.

ESPN, like College Football News, also used a “special” formula to come up with their rankings. I would share it here, but it’s 106 words long and you don’t really care, do you? (If you do, click here and scroll WAY down the page.)

Now that is a VERY different list when compared to the other two media outlets’ rankings.

Putting Yale, North Dakota State, Princeton, Harvard, Mount Union, and St. Johns in the top 20 is certainly a bold move. (I get it, “all time.” Don’t @ me.)

No matter how big or small, these programs have been the pillars of college football for the last 150 years.

Anyone outside of Michigan as number 1 is a joke. Top in wins and win percentage. Let’s not start talking about these bogus 0-1 “national champs” Bama teams or stick Yale at the top.

Ole miss not mentioned is laughable

Do you not know Oklahoma is the winningest program since WWII? Who ever did this didn't do their homework & is under 40yr old.

LSU deserves to be in the top 10

Is this a joke? Has there been a more consistently dominant program academically and athletically than @PennStateFball ?

I couldn’t help but notice that there was no mention of Ron Zook and the Illini. I take it that they came in at 51.

Notre Dame, Texas and Michigan have combined for 3 national titles in the Past 40 seasons. Miami, FSU, Florida have 11

Okay give me nebraskas all time team and put them against anyone i guarantee they will win.