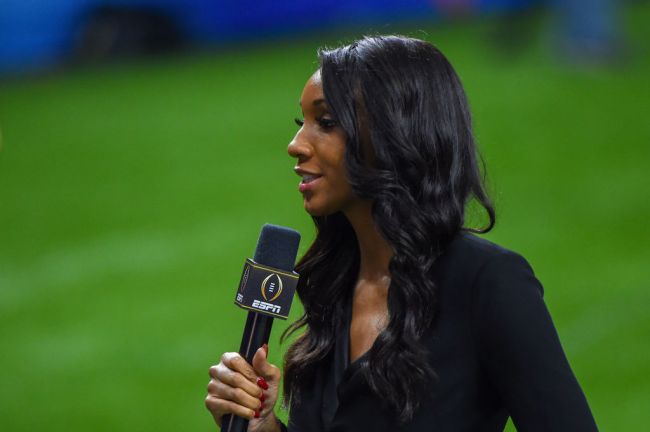 ESPN apparently has made an offer to Maria Taylor but it’s not close to the “Stephen A. Smith” money.

According to Andrew Marchand of the NY Post, the “Worldwide Leader in Sports” has offered Taylor $3 million a year.

NEW COLUMN: ESPN is offering Maria Taylor around $3M per year, The Post has learned. https://t.co/KQYKwmhlej

Though it isn’t “Stephen A Smith money,” ESPN has a contract on the table for Taylor in the neighborhood of $3 million per year, The Post has learned.

The deal represents roughly three times more than her current $1 million per year.

Apparently, Taylor turned down $5 million a year in the last year during contract negotiations to ask for nearly $8 million a year that Stephen A Smith makes at ESPN.

During the pandemic, when salaries were beginning to be cut, top-paid talent was asked to take 15 percent pay cuts, and with layoffs on the horizon, ESPN offered Taylor a deal that would have eventually escalated to nearly $5 million in the final year. Taylor turned it down.

The 53-year-old Smith has a salary of nearly $8 million. Taylor has hoped to end up in that neighborhood, according to sources.

Taylor is currently working as the main host for ESPN’s NBA Countdown during the NBA Finals days after Rachel Nichols was removed for calling her a “diversity” hire during a leaked audio recording.