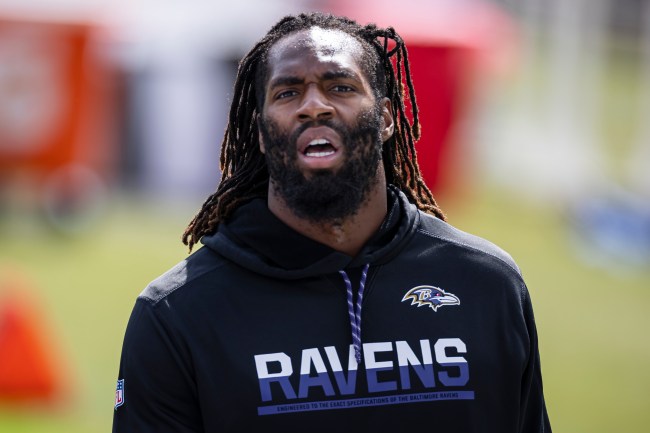 During the offseason, Hensley reported that Judon had declined a long-term deal from the Ravens that would have paid him $16.5 million a year. Judon denied the report and called out the ESPN reporter on Twitter.

Where @jamisonhensley lying butt at? I got time today. Bro you have to stop lying, I know you want clicks and like and wanna be the people’s camp but stop lying. That weak.

Hensley stood by his report and promised to add Judon’s comments to his article.

This isn’t true who told you this if you can’t tell me that we’re all@going to have to think you pulling stuff outta no where.

I will definitely add your response to the piece. If you ever have an issue with any of my reporting, I would be happy to listen and explain. I’ve always aimed to cover you in a respectful manner in your five years in Baltimore. Hope you have a great offseason.

Okay look this dude is lying if the ravens did offer me during the season they wouldn’t tell you because it’s against leagues rules. And me and my team ain’t talking to dawg so where he getting his info? https://t.co/kUN8FSSWGQ

An irate Judon then proceeded to demand an apology from the ESPN reporter or else he was going to leak photos of Hensely allegedly cheating on his wife at a strip club. 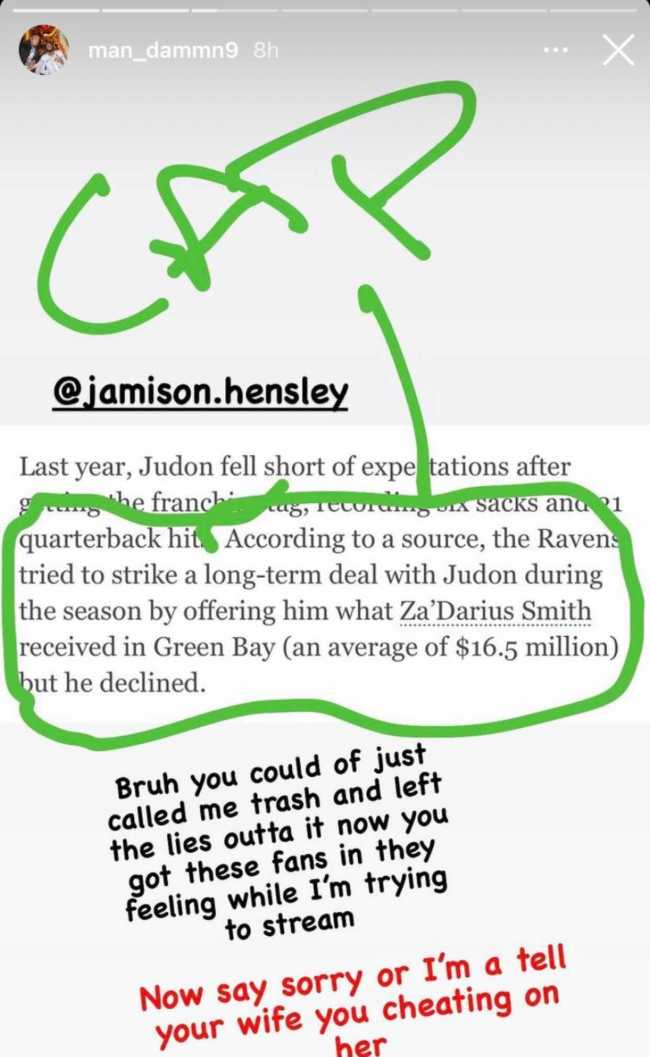 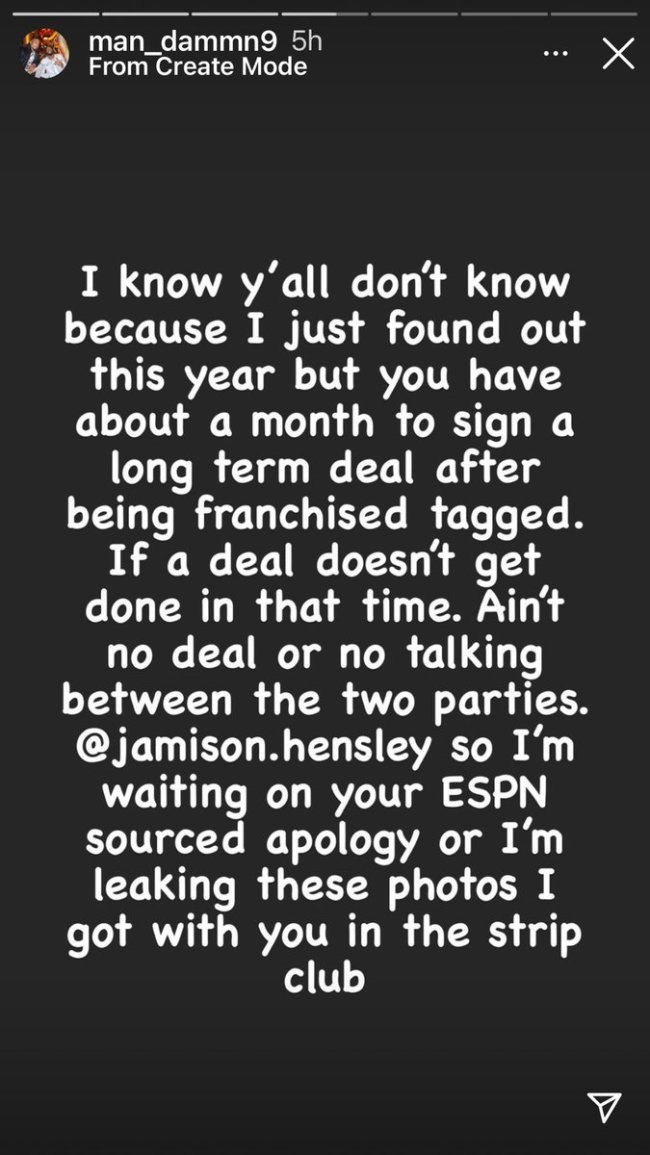 On Thursday ESPN released a strong statement backing Hensley’s reporting and blasted Judon for his “uncalled for” personal attacks.

ESPN statement: 'We stand by Jamison Hensley's reporting, and Hensley added Matt Judon's perspective within the story. Regardless, the since-deleted personal attacks toward him were completely uncalled for.' https://t.co/1rfQvZrPVH

Judon has yet to respond to ESPN’s statement.