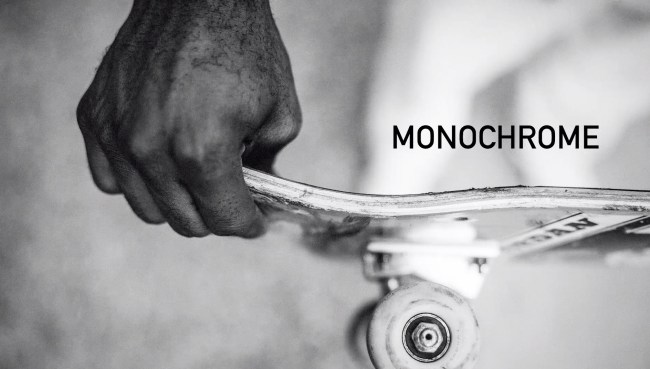 This is the summer of the kickflip.

Culturally, skateboarding is having so much more than just a renaissance. The sport is bigger than ever. It’s on the biggest stage imaginable at the Olympics, with emerging household names like 22-year-old Zion Wright competing in men’s park for Team USA in Toyko.

It’s not just because a next-gen version of Tony Hawk’s™ Pro Skater™ 1 + 2 came out in 2020, nor “Dogface” casually rolling down the street with cranberry juice-in-hand to “Dreams” on TikTok.

Skateboarding’s cultural touchpoints in fashion and music are as influential as ever. Meanwhile, the skateboard industry exploded in 2020. Shops could barely keep inventory in stock thanks to a perfect storm of pandemic boredom and increased visibility for how much fun it is to do outside, with your friends, on TikTok and Instagram.

According to Grandview Research, the skateboarding industry was worth $1.9 billion in 2018.

Given skating explosive growth and expanded diversity, zoom out and you’ll find a renewed interest in skateboarding’s heritage; the storylines that brought us to this precise moment.

Filmed in black and white, MONOCHROME discusses and celebrates the Black experience within skateboarding, with an emphasis on “opportunities earned and denied because of a skater’s environment and skin color.”

Monochrome is directed by the legendary Atiba Jefferson, one of skateboarding’s most iconic photographers, alongside Steven Lawrence, a member of ESPN’s Creative Content Unit. Clinton Yates, columnist and podcast host for The Undefeated, serves as a producer on Monochrome.

“I have been skating for 32 years,” Jefferson explains in a press release. “It’s a huge honor as a Black skater to celebrate and tell our story. It’s a history that is always studied and still being written.”

“Skateboarding has this veneer of everything being free and cool and clear,” Lawrence explains. “But it does mirror society and it doesn’t often get acknowledged in that form. So this project is a story about life – specifically life in America -literally told through the vehicle of the skateboard.”

MONOCHROME is a part of ESPN’s Black History Always platform with The Undefeated, an initiative launched in January 2021 to further explore the intersections of sports, race, and culture with original storytelling, all year long.

The network’s commitment pledges to highlight Black stories beyond the traditional Black History Month in February, further “leaning into” the work that The Undefeated already does.

Look for new Black History Always content on the 29th of each month via The Undefeated on ESPN+.

He Made A List Of Black-Owned Skate Shops And Organizations – One Year Later, Discussing Its Impact 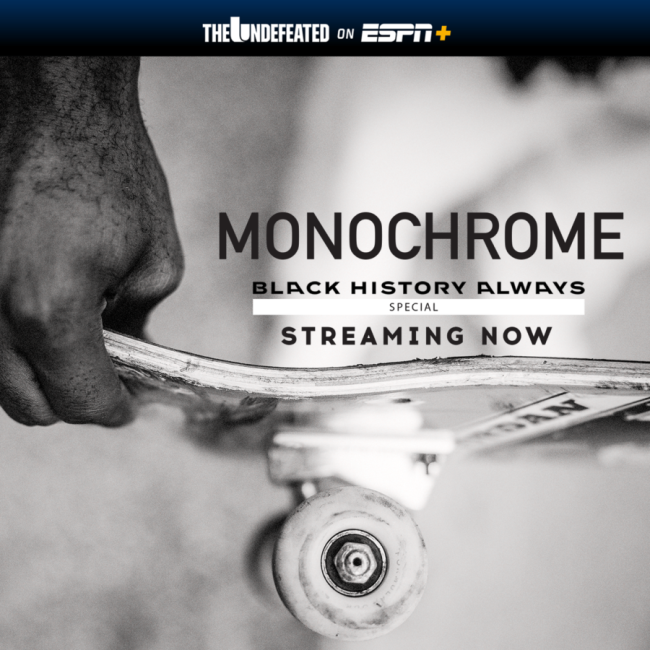