ESPN+ Has Over 1,500 Games College Basketball Games This Season – And There Are Some Tasty Matchups This Weekend 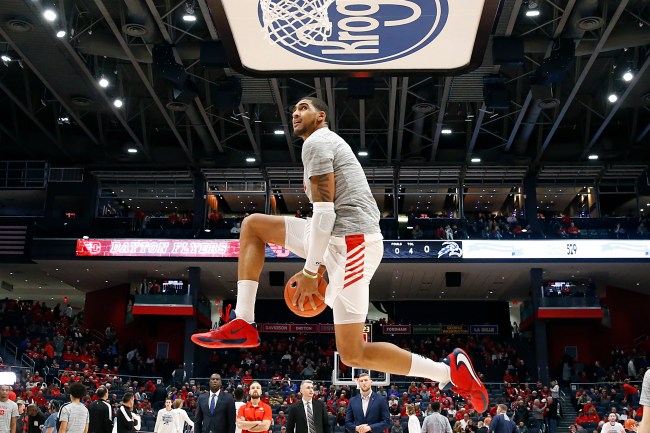 College basketball is inching closer and closer to tourney time, guys, which is pretty crazy. And, while March Madness is still a couple of weeks away, that doesn’t mean you shouldn’t be prepping your bracket already, getting to know the tendencies of potential national championship contenders from all over the country. And the best spot to do that? ESPN+, which boasts an incredible 1,500 live games all season long, which includes contest from 16 conferences.

If you love college basketball, ESPN Plus is a must-have. This means you’ll get to see the Virginia Cavaliers try to defend their national title, see under-the-radar superstars like Obi Toppin of the Dayton Flyers (above), and witness freshman like Tyrese Maxey of Kentucky all college hoops season. But ESPN+ is the only spot to take it all in — and a subscription costs just $4.99/month or $49.99/year.

With the college basketball season taking flight and staying interesting — who can ever get enough of wild upsets? — you’re probably itching to get in on some of the action. Just take a look at the schedule of college hoops games on ESPN+ for this weekend.

In addition to the live college basketball games all season long on ESPN+, subscribers to the streaming service will have access to loads of other sports content, too. And, as the exclusive home for the UFC, fans will have plenty of had-hitting action and classic fights to choose from. Here’s some of what to expect with an ESPN subscription, which, remember, costs just $4.99/month or $49.99/year.

Plus, with an ESPN+ subscription, fans will have the best sports content and live events at their fingertips at all times. From college football, NHL, MLS, UFC, Top Rank Boxing, MLB, international soccer, Championship Tennis and more, to say you’ll be binge-watching stuff is an understatement. Seriously, with this much sports content, you may never leave your couch!

Whether it’s watching the best college basketball games all season long, or taking in a ton of other top-notch sports content, ESPN+ is the destination for you.

The streaming service also includes the entire catalogue of 30 for 30 documentaries, as well as original series’ like SneakerCenter, The Boardroom, and Peyton’s Places, among others, so every single sports fan should set aside a mere $4.99 each month for ESPN+. Now’s the time to get your subscription so that you never miss the most in-depth sports content available.