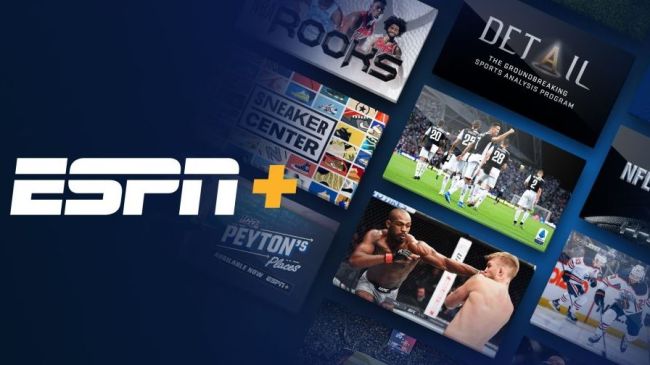 A few weeks ago, I was chilling with my nephew and found myself treated to another of the many “Want To Feel Old?” Moments responsible for triggering the uncomfortable number of existential crises I’ve been forced to grapple with on a disturbingly regular basis in recent years.

I’d decided to score some easy Cool Uncle Points by letting him pick what to watch, but he eventually dropped the controller on the couch with a defeated thud and let out the kind of exasperated sigh you can expect to hear whenever an eight-year-old encounters an incredibly mild inconvenience. The issue? “There are too many things to watch.”

I’m all too familiar with what it’s like to fall victim to the paradox of choice, but I quickly realized an overwhelming number of options is the only thing he’s ever known. Did I understand his plight? Sure, but it’s hard for me to sympathize with someone who will never understand what it’s like to willingly subject yourself to the same episode of SportsCenter four times in a row or live in a world where competitions featuring chainsaw races between dueling lumberjacks and massive dudes deadlifting cars is the purest form of the enjoyment you have access to on a Sunday afternoon.

The advent of the Streaming Age marked a cataclysmic shift in the way we consume entertainment, and many of the tastemakers that spent decades relying on the same recipe had to dream up new ways to serve it to us as a result. That includes ESPN, which started as a tiny operation operating out of Bristol, Connecticut in 1979 on its way to transforming into the Worldwide Leader it remains today.

ESPN was ahead of the curve when it came to realizing the power of the internet. Viewers were able to watch live games on its website all the way back in 2005, and it gave the dedicated platform it rolled out six years later a serious upgrade in 2018 with the launch of ESPN+.

ESPN has played a pivotal role in introducing viewers to the future of sports broadcasting, but the space is rapidly evolving as it continues to morph into its final form. What will that look like? Well, here’s a glimpse at what’s in store. 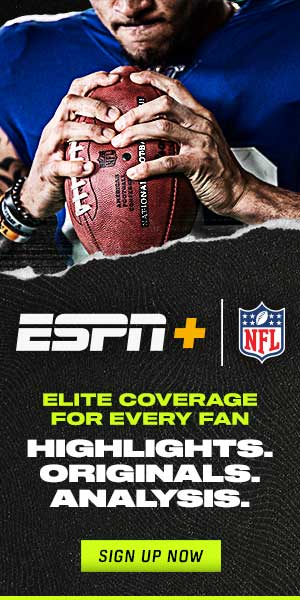 The rise of streaming has been responsible for blurring the traditional definition of “television” to a point where it’s become virtually unrecognizable. The term was once synonymous with the programming beamed into our homes via antennas, satellites, and receivers, but ESPN+ and the many other subscription-based platforms that continue to rapidly proliferate in response to the cord-cutting revolution have made “television” an increasingly muddled label.

Sports occupy a unique space in the streaming realm. Unlike the movies and television shows you can throw on at any given moment, the nature of live events makes them appointment viewing; if you don’t want to have the results of a game spoiled by a tweet or a text, you have to tune in at a certain time.

It’s a permanent vestige that sets sports broadcasting apart from other forms of entertainment in an on-demand world, but it’s also only one of a few relics of a bygone era that remains in a new age defined by a plethora of choice and flexibility. There’s no longer a need to scramble to make it to your couch in time for kickoff when you can just pull out your phone, and the days of haggling with a bartender to throw on the game you want to watch or worrying about nabbing a stool with a view of the right TV are basically behind us.

With that said, much like a number of high-profile Hollywood players have bemoaned movie fans who are perfectly content to watch their work on a tiny screen instead of taking a trip to the theater, there is something to be said for what you lose by streaming a game on your laptop while sitting by yourself in your living room as opposed to some more immersive alternatives.

However, that could also change sooner than you’d think. 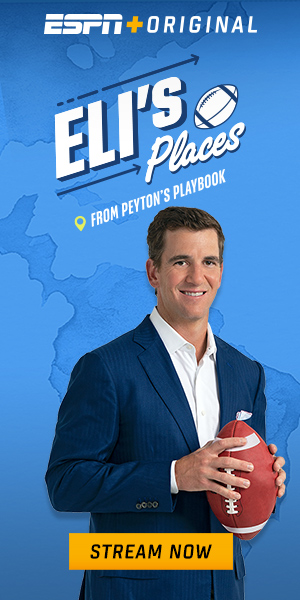 The vast majority of sports fans will never get the chance to score courtside seats or post up directly behind home plate. The biggest barrier to entry for those kinds of experiences is the exorbitant amount of money you normally have to shell out for them, but it could soon be possible to get the next best thing for a fraction of the cost.

At the start of September, ESPN announced the arrival of its Edge Innovation Center in the hopes of providing viewers with unprecedented access to sporting events. The initiative is still in its infancy, but there’s a very good chance it’s only a matter of time until you can be magically transported to a prime location inside a stadium or an arena by throwing on a virtual reality headset capable of providing you with a vivid 360° view of the action unfolding there.

However, if you’re more concerned with a different kind of action that’s taken the sports world by storm over the past few years, you’re also in luck.

In 2018, the Supreme Court issued a monumental ruling that paved the way for legalized sports betting across America, and as of this writing, half of the states in the country have passed legislation that permits fans to wager on athletic events.

All of the pro sports leagues that comprise North America’s “Big Four” have embraced this movement with open arms by linking up with the various sportsbooks that provide fans who once had to settle for being emotionally invested in a team with the opportunity to get financially invested in the outcome of a game.

At a recent conference, Disney CEO Bob Chapek told investors ESPN is currently pursuing an “aggressive” plan as it angles to get a foothold in the flourishing betting market. While he neglected to dive into the specifics, he didn’t rule out the possibility of ESPN embedding betting opportunities directly into broadcasts, which would be a gamechanger in every sense of the word.

Only time will tell what that could look like, but based on some of the platforms that already exist, it’s not too far-fetched to suggest you could eventually hit a button on your remote to hammer the over before a game gets underway and even check out the latest odds for the in-game bets you can place with a few clicks of a controller.

Features like that may only be appealing to more serious fans, but that doesn’t mean ESPN isn’t keeping more casual viewers in mind as well. 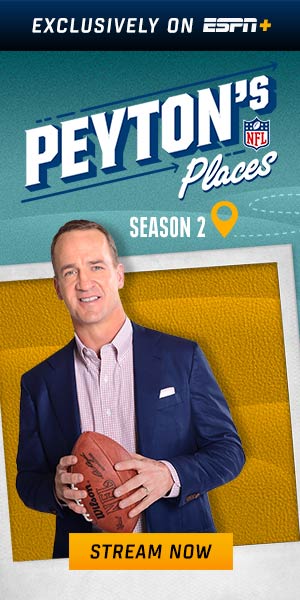 Prior to the start of this year’s NFL season, we learned Eli and Peyton Manning had been tapped to helm then ten Monday Night Football “megacasts” airing on ESPN2 and ESPN+ this year. The goal was to provide viewers with a slightly more relaxed broadcast that emphasized lighthearted banter over hard-hitting analysis, and based on the overwhelmingly positive responses to the experiment, it can already be viewed as a resounding success.

The Manning Bros have managed to expertly straddle the line between informative and entertaining, as they’re armed with a combined 34 seasons of NFL experience on a broadcast that’s defined by a “joking with your buddies while deleting a few pitchers at a bar” essence.

They’re technically serving as commentators, but the presentation makes you feel like you’re watching a reaction video or a video game stream, which serves as an incredibly refreshing palate cleanser when measured against the comparatively stuffy manner in which NFL games are traditionally covered.

It’s worth noting the megacast also has plenty of room to grow. It may currently lack the interactive nature and sense of community you can find on the online platforms it shares some serious vibes with, but that’s easy to address. You might not see Eli and Peyton interacting with a live chat anytime soon, but there’s a fantastic opportunity to lean into those similarities by occasionally hopping into their Twitter mentions and responding to random fans or giving viewers incentive to send them some “tips” to donate to a good cause.

Again, there’s no telling exactly what the future of sports broadcasting is going to look like, but thanks to ESPN, we’ve gotten a pretty good glimpse.