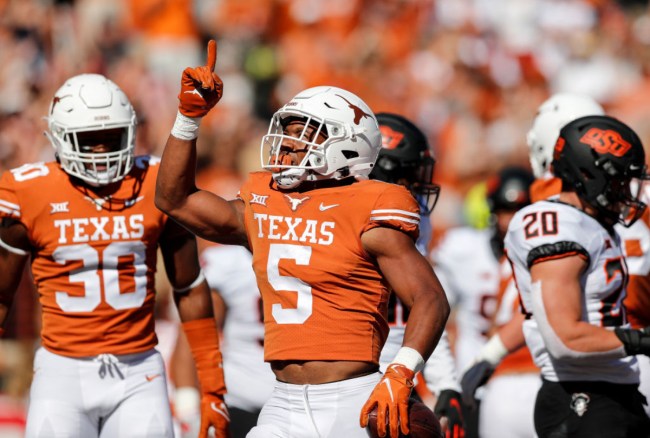 The usual suspects of Alabama, Ohio State, Georgia, and Clemson round out the top four. From fourth to 25th, however, there are quite a few surprises that have some fans scratching their head.

There is no debate that Texas sitting at No. 6 and Auburn taking the No. 10 spot are the two biggest surprises among the Top 25 here.

The Longhorns should be better this season, but that’s not saying all that much given their 5-7 record a season ago en route to a 7th place finish in the Big 12.

Auburn went 6-6 in the regular season last year and has already had an offseason full of drama involving head coach Bryan Harsin. The dust has settled a bit on that front, but it’ll be stirred up in a hurry if the Tigers get off to a slow start.

There is an interesting trend among certain teams’ FPI rankings. Many teams have nearly identical FPI rankings as they do strength of schedule rankings.

Auburn, 10th in the FPI, takes the crown for the toughest schedule in 2022.

Looking back at last year’s preseason FPI rankings, ESPN had the top four as Alabama, Oklahoma, Clemson and Iowa State. Georgia, last year’s national champions, held the No. 7 spot before the season kicked off.

I will literally never tire of the Texas bovines being so colossally over-ranked in every pre-season poll.

This is the team that lost to KANSAS last year. KANSAS. https://t.co/2zRzqeRFkB

Texas, Oklahoma, Pitt, and Auburn will all drop out of the top 10 within the first month of the season. https://t.co/ntLkv8I443

Auburn’s probably not even top 10 in the SEC…what is going on here https://t.co/CtLDtKX2Sg

How does any program, even Texas, get annual preseason Top 10 love after a decade+ of this performance? https://t.co/mjY0o6pL3d pic.twitter.com/dmKDvwyqXJ

For those confused why Texas is #6:

They play Bama week 2 so gotta make sure the matchup fits the agenda https://t.co/q3pvNWfHGG