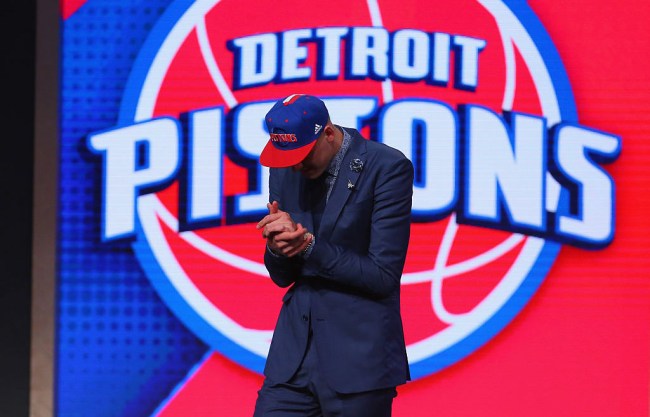 There was once a time when the NBA Draft was appointment viewing, and while there’s nothing quite like watching fans loudly boo their team for making an ill-advised pick, you no longer have to slog through hours of television in order to keep up with things thanks to the internet.

In recent years, many NBA insiders have turned to Twitter in order to announce which players teams are planning to pick up before Adam Silver takes to the podium. As a result, you can simply chill on your couch watching The Office while regularly updating your feed to keep tabs on things.

However, last year, multiple outlets decided to chuck a wrench into things when they announced their reporters would be banned from prematurely revealing picks prior to their official announcement much to the chagrin of virtually everyone.

As Larry Brown Sports reminded us, Adrian Wojnarowski came up with a not-so-subtle way to skirt the rules during the 2018 draft by using Twitter to tease draft picks without actually confirming a deal was done.

Source: Cleveland prefers Collin Sexton with the No. 8 pick.

Source: Utah Jazz have no plans to pass on Grayson Allen with the 21st pick.

Source: Boston is tantalized by Robert Williams with the 27th pick.

Now, it appears ESPN has changed its tune heading into tomorrow’s event according to New York Post columnist Andrew Marchand, who reports the ban has been lifted.

"Tantalizing draft news:" The Post has learned, ESPN and the NBA are "zeroing in" on allowing Woj & company to tweet out the picks before they are announced. Last year, Woj broke the pre-plan agreement after Marc Stein started tipping picks. I'm "fixated" to write a column on it

It’s not exactly a mystery who’s going first in the draft, as there’s virtually no chance the Pelicans are going to pass on the chance to pick up Zion Williamson (there are also rumors they’re attempting to trade up for the No. 2 pick in order to land RJ Barrett).

As for the rest of this year’s class? I guess we’ll find out—but at least we won’t have to watch the entire broadcast to do so.