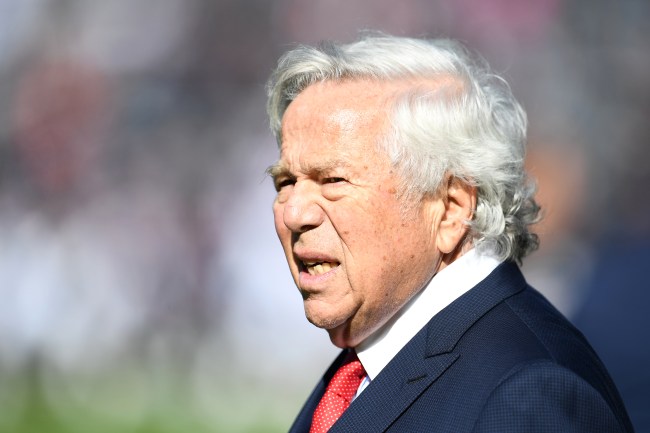 Late last week the Sheriff’s department at the center of the Robert Kraft prostitution scandal revealed that the secret recordings they made inside in the spa will likely become public some time in the near future.

“I do think ultimately they are probably going to get released,” Martin County Sheriff William Snyder told CNBC on Thursday, a day after Kraft moved to keep police surveillance videos of him sealed.

“Once a case is over, it’s not an ongoing investigation,” Snyder said. “There has to be a specific reason not to release a public record. And the fact that there is sexual activity is not an exemption.”

Media companies are actively in court fighting Kraft’s motion to suppress the video made by police.

BREAKING: Media organizations have moved to intervene in Robert Kraft’s solicitation of prostitution case for the purpose of opposing his motion for a protective order to prevent non-parties from gaining access to evidence gathered during the investigation (including videotapes) pic.twitter.com/TKZ7tNpA4a

UPDATE: Media companies that have intervened in Robert Kraft’s sexual solicitation case for the limited purpose of opposing his motion for a protective order to block the release of the videotapes include:

According to TMZ, the police were able to record some pretty graphic stuff.

Investigators say they have videos of the men who paid for sex at the Asian massage parlor that Robert Kraft allegedly used … and the footage is graphic.

According to police documents obtained by TMZ Sports, officials were able to get a covert surveillance camera inside the Orchids of Asia Day Spa in Jupiter, Florida to record illicit activity.

Cops list a variety of sex acts performed on 26 men who entered the business — one of whom cops say is Robert Kraft. Kraft is not identified by name in the police documents.

The police documents describe the surveillance video in graphic detail — noting a pattern of behavior from the alleged Johns.

The men would enter the spa and pay up front (some used cash, others used credit cards) before being escorted back into a private massage room.

In almost every case, an Asian woman would tend to the client — sometimes two women — and perform sex acts using their hands and mouths.

It does not appear any of the suspects engaged in vaginal intercourse.

Cops say the surveillance videos capture every single detail of the encounters — including ejaculation and subsequent cleanup.

Yeah I don’t want to see any of that.