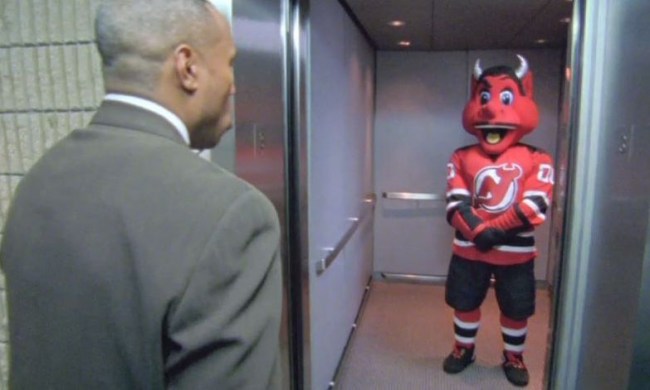 There is part of me that struggles to accept the fact that there are more than a few commercials out there that never fail to genuinely tickle my funny bone, as doing so would be admitting that I’m not as immune to succumbing to what essentially amounts to brand propaganda as most people like to tell themselves they are.

Feel free to disagree, but as far as I’m concerned, a camel walking around an office making sure people know it’s Wednesday is an objectively funny concept executed perfectly by the advertising gurus behind the many quality spots Geico has run over the years. I also assume there are some people out there who don’t derive pleasure from seeing Terry Tate destroying his unsuspecting coworkers but I can only assume they were born without a soul.

However, I’d argue no company has managed to subvert the mundanity of office life to promote its product better than ESPN has over the years with the help of the iconic “This Is SportsCenter” commercials that have seen some of the biggest names in sports engaged in various aspects of day-to-day operations at the network’s headquarters in Connecticut.

The legendary campaign kicked off in 1995, and since then, over 400 different spots have hit the airwaves. It’s virtually impossible to pick my favorite ones, but if I had to quickly assemble a Mount Rushmore, these are the four that would be projected on a constant loop on a large cliff face somewhere in the Dakotas.

I can only hope those four (and the others who just missed the cut) get the appreciation they deserve on Sunday when ESPN devotes a few hours of afternoon programming to looking back at the “This Is SportsCenter” ads with three different specials examining the storied campaign slated to air on May 24.

The network put out a press release outlining what’s in store, saying the festivities will be hosted by Steve Levy and Elle Duncan, who will kick things off at noon with a “Best Of” special that will feature a tour of the Bristol campus and an overview of how it’s changed over the years to give viewers a better idea of where some of the most memorable moments went down.

That will be followed by a second special featuring the most famous athletes to appear in the ads before a final one examining the real MVPs: the various mascots that have lent their services over the past 25 years.

It’s safe to say there aren’t a ton of upsides to living in a virtually sportless void but at least we’re getting this out of it. At this point, it’s the little victories that are keeping me going.