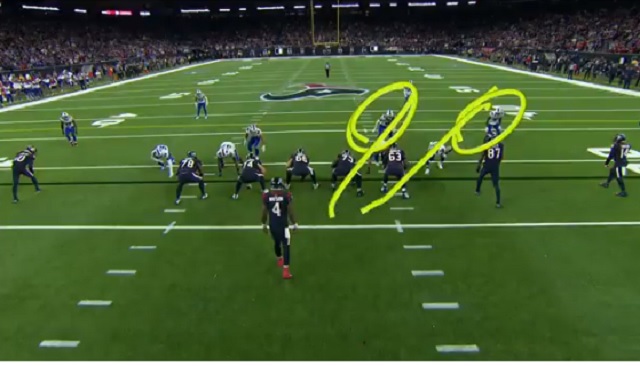 Booger McFarland has been in the broadcaster’s chair for an entire year and he’s still having a bit of trouble with the telestrator.

During today’s Bills-Texans playoff game, Booger accidentally drew a penis which caught the eye of many fans watching the game.

the announcer from the bills game (booger mcfarland) first drew a penis on the screen, then pointed out for all the viewers that the team that lost WAS IN FACT eliminated from the playoffs… who gave this man a job 😂😂😂 pic.twitter.com/HwRGOZOXLw

I still cannot believe that, on LIVE TELEVISION, Booger McFarland drew a penis WHILE SAYING "Both of them are gonna come inside."

I wish I loved anything as much as Booger McFarland likes drawing penises on the telestrator. https://t.co/psU5K1B4c2