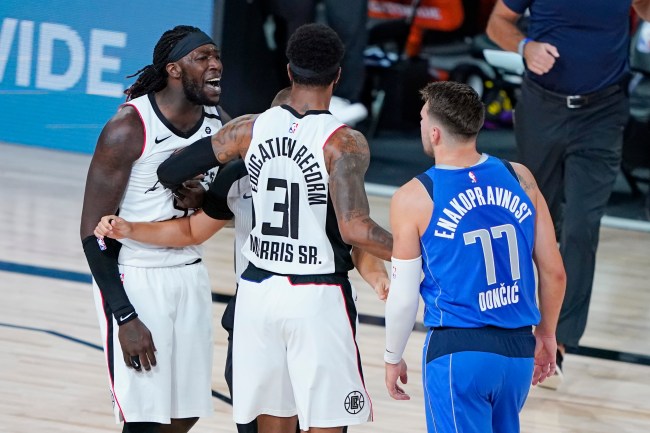 During Friday night’s Clippers-Mavs game, Harrell appeared to call Doncic a “bitch ass white boy” after scoring on the Mavs star in the paint.

On Saturday, ESPN’s Jay Williams took to Twitter to blast Harrell over the incident.

Regarding the @dallasmavs @LAClippers game last night & the words we all know that came out of Montrez Harrell’s mouth.. pic.twitter.com/pLfZ1ryfll

It should be a big story because it’s not acceptable. Listen, I’m a hooper, I’ve talked trash, I’ve cursed people out…What you said, when you’re involving race in it and I’ve heard people say this back in the day during basketball scenarios and playing hoops in the inner cities and I didn’t find it acceptable then, and I don’t find it acceptable now.

We don’t need that in today’s game especially with everything we’re fighting for as it relates to equality, even if you do get lost in your emotional, not acceptable.

The NBA has not fined or commented yet on Harrell’s actions despite calls from fans to suspend the Clippers’ star.