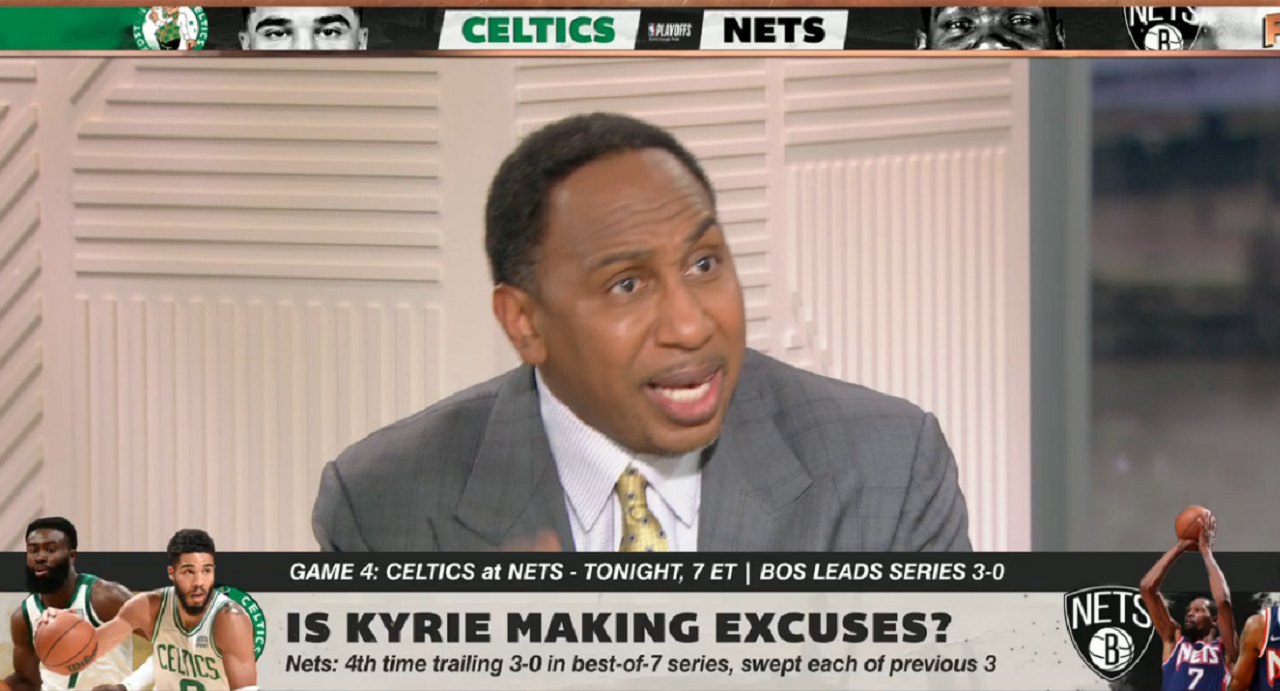 ESPN’s Stephen A. Smith may have gone a bit too far with his latest Kyrie Irving take.

On Monday morning, Smith promised to go off on the Brooklyn Nets, who are currently on the brink of elimination after losing three straight games to the Boston Celtics.

I can’t even front. Won’t try to. I’m ON ONE today. Between the @BrooklynNets, @KDTrey5, KYRIE and BEN SIMMONS, honest to God I don’t know what I’m going to say this morning. I just don’t know. See y’all on @FirstTake.

During the segment, Smith trashed Irving for making up excuses for missing games throughout the years and noted how Nets guard decided to sit out for an extended period of time after the January 6th riots last year because he was “traumatized.” At one point, Smith bizarrely stated that he wasn’t sure Irving was going to show up for work after “Russia bombed Ukraine.”

"When Russia bombed Ukraine I thought Kyrie Irving wasn't going to show up for work"-Stephen A Smith pic.twitter.com/lnu4vf0H5o

Smith admits that he believes Kyrie is a spectacular basketball player worth $50 million a year, but he would never sign him to a long-term contract because he doesn’t know if he would show up to work.

“He’s worth $50 million a year, I would never give that man a long-term contract again in life. Every deal for him would be a one-year deal cause you can’t trust him to show up to work”