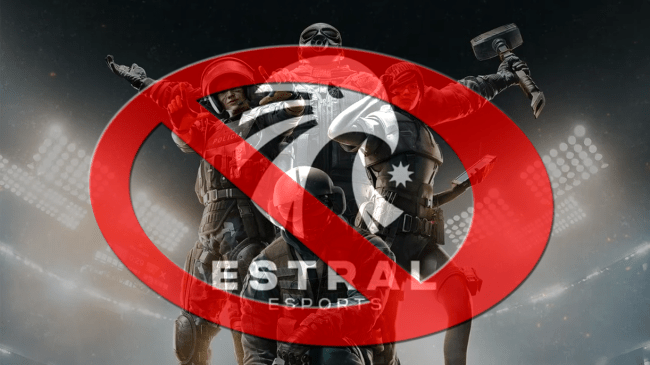 In esports they call doing something like this match-fixing. In the NBA and NFL they call it “seeing what kind of players they have on the roster so they can make better decisions about next year” and totally not tanking.

While it sucks, regardless of the league in which it takes place, this should once and for all answer the question of whether esports are real sports.

In a statement from Ubisoft, they specify…

Recently, within the Mexican Rainbow Six Esports League, situations have arisen that led its lead management to carry out an investigation against the player known as “Toski”, around player poaching.

Upon reviewing the situation, evidence was presented that showed that “Toski” had indeed incurred in a poaching situation for which he will be sanctioned. However, while reviewing the case, collected evidence and statements arose tying back to a previous case wherein Estral Esports’ player “Fungi” was accused of “match throwing” against Infinity Esports on the last split of the Mexican Championship 2020.

Great names, by the way.

Check out some of Toski in action below…

So, why would someone want to throw a Rainbow Six Esports League match?

Ubisoft says that they confirmed the staff and players of Estral Esports coordinated the throwing of the match to put the team into a relegation situation.

So, basically, it’s like every youth baseball tournament I have been to with my son where the really good teams lose on purpose/not on purpose so they get an easier draw when the seedings are set. We call that sandbagging, but I guess that’s one way for esports teams make money? It still seems like a dumb idea. Especially when you get caught red-handed.

Estral Esports, the Mexican org that almost qualified for Six Invitational 2021, has been permanently banned from participating in Rainbow 6 esports. An investigation by Ubisoft found that Estral was guilty of match fixing during the last split of the Mexican Championship.

Estral Esports was also found guilty of using “its management authority to prevent this reprehensible conduct from being known by Ubisoft in an effort to avoid a sanction.”

As a result, player Toski has been banned from any competitive Rainbow Six League for 9 months.

Estral Esports, due to its using its using its management authority to prevent the players and staff from disclosing information about a situation of match throwing when directly confronted by the league operators on this matter,” the team, including Estral’s board of directors and main managers, has been permanently banned from competing in any official Rainbow Six Circuit.

However, other than Toski being suspended, none of the other players on Estral Esports, Xigmaz, Pixie, Skmzy, Goku and Max1mus, will be suspended, but instead will be given a “competitive warning” due to Estral Esports management giving them direct orders to not cooperate in the investigation.