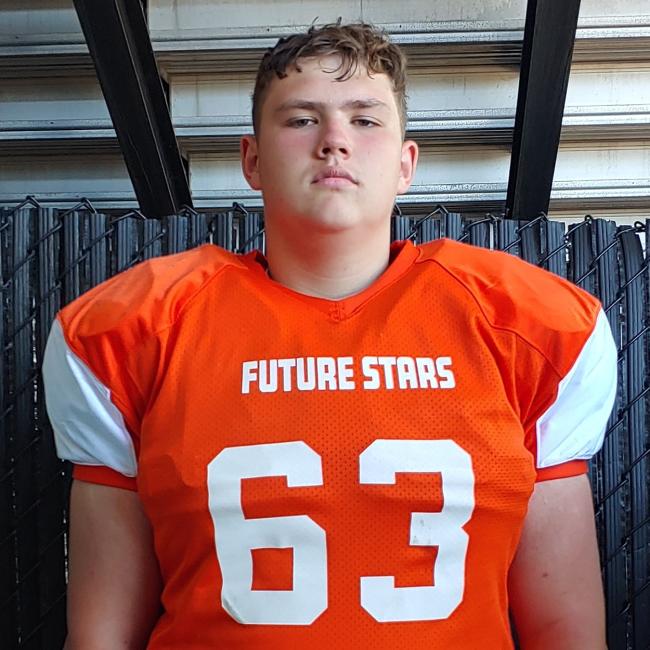 Ethan Lawson is still five years from making his decision on where to play college football. By the time he sits down in front of three hats to make his announcement, he is going to have offers from everywhere in the country if he can continue to dominate like he did on the middle school level.

Lawson is not only an animal on the field, but he has the intangibles that every coach would swoon over.

When Lawson is on the line, the pass-rushers that lineup across from him simply do not stand a chance of reaching the quarterback. And when he’s on the other side of the ball, the opposing offensive linemen simply cannot stop him from wreaking havoc in the backfield.

From the small town of Duffield, Virginia near the Virginia/Kentucky/Tennessee state lines, Lawson is set to play for Rye Cove High School. It is hard to imagine that he won’t have a spot on the line right away, because there is simply nobody who can stop him.

Lawson recently participated in the Tennessee Future Stars game and showed his ability to dominate against the best players in the state at his age.

He’s an absolute mauler who had his way with opposing defensive linemen.

With that being said, Lawson still has a long way to go. He has a lot of time to get there.

Coming from a single-wing offense, there is work to be done as a pass blocker. That doesn’t mean that Lawson isn’t already a brick wall.

Clip from the Tennessee future stars game. Comming from a single wing offense this was first time I have ever pass blocked like this. I learned alot this week and will work to get better at pass pro. I'm left tackle bottom of screen. #63 pic.twitter.com/Rq3WM4goYN

Off of the field, Lawson is strong and will only get stronger. He is currently max-benching 235 and max-deadlifting 405.

235 my PR. Weight rooms open back up tomorrow. Ready to get back to work. pic.twitter.com/eTCh8SHRTj

Lawson also has impressively quick feet for his size.

As a result of Lawson’s size, strength and agility, he has already received his first scholarship offer. Eastern Kentucky offered the rising eighth grader back in March.

Should Lawson continue to put in the work, his ceiling is limitless. He is only 13 years old, but he is well on his way to a college career. What are they feeding these kids these days?!